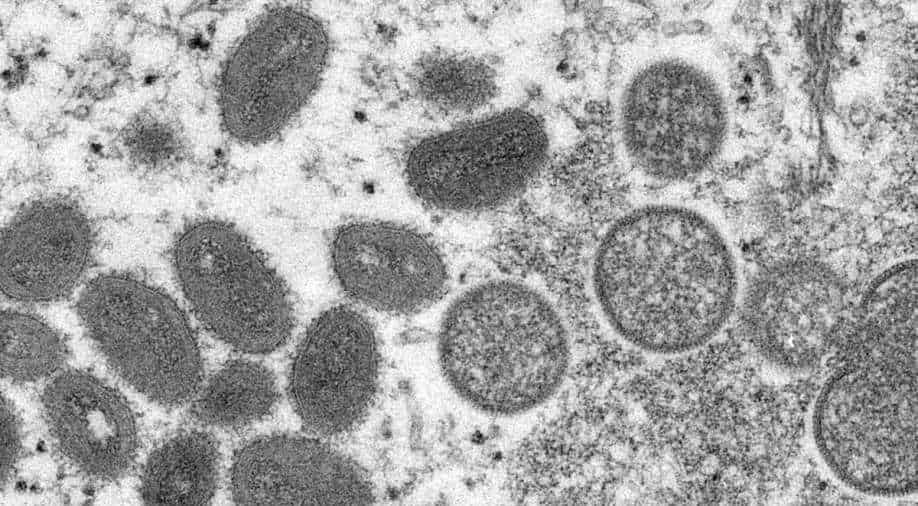 An electron microscopic (EM) image shows mature, oval-shaped monkeypox virus particles as well as crescents and spherical particles of immature virions, obtained from a clinical human skin sample associated with the 2003 prairie dog outbreak in this undated image obtained by Reuters on May 18, 2022. Photograph:( Reuters )

After North American and European countries, Australian authorities on Friday (May 20) said that they have identified a confirmed case of monkeypox infection.

The case has been detected in a traveller who had recently returned from the United Kingdom. The authorities revealed that another probable case is undergoing testing.

IN PICS | Explained: What is Monkeypox? Its causes, symptoms and treatment

Monkeypox is an uncommon disease and has raised concerns worldwide after multiple cases were detected in European countries recently. The monkeypox outbreaks mostly occur in west and central Africa. Occasionally it spreads elsewhere.

Transmission usually happens due to close contact with infected animals such as rodents and monkeys and is limited between people. It has only been fatal in rare cases.

ALSO READ | Rare monkeypox outbreaks: From US to Spain, list of countries where cases are detected recently

Monkeypox was first recorded in the Democratic Republic of Congo in the 1970s and cases in West Africa have increased in the last decade.

However, the recent surge in cases raised concerns causing fears that the disease may be spreading.

As per US Centers for Disease Control and Prevention, anyone "can spread monkeypox through contact with body fluids, monkeypox sores, or shared items (such as clothing and bedding) that have been contaminated with fluids or sores of a person with monkeypox".

The US health body added that household disinfectants can kill the virus on surfaces.