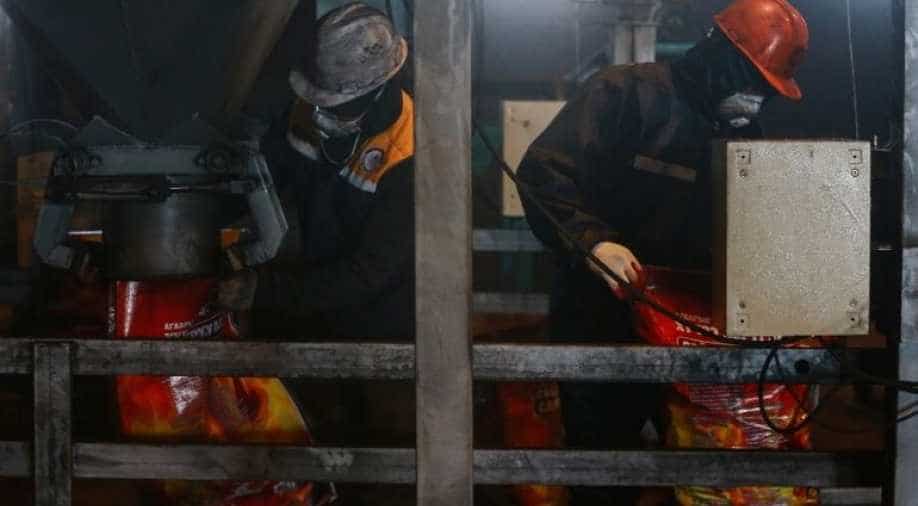 One cold night in October, Gerel Ganbaatar decided to stay with her parents in one of Mongolia's traditional ger communities on the outskirts of the capital -- a decision which would prove fatal.

Within hours of arriving, she and her parents both became breathless and nauseous. They desperately called for help, but by the time medics arrived Gerel, who was four months pregnant, was already dead.

The 29-year-old's parents were using smokeless briquettes to warm their home for the first time that night: A government-issued fuel, made of coking coal from the southern Gobi region and washed coal powder, it has been linked to deaths and ill-health.

Since residents started using the briquettes in October, there have been seven other deaths, mainly children, pregnant women, and the elderly. Nearly one thousand have been hospitalised in Ulaanbaatar's outer slum districts, prompting fears the fuel can cause carbon monoxide poisoning.

Gerel's grieving mother, Jargalsaikhan Mishigdorj, warns the fuel should be used with care.

"I have burned coal all of my life, we have never ever been suffocated," she explains.

The Mongolian government is trying to battle dangerous smog levels in one of the world's most polluted cities by trying to offer replacements for raw coal, which produces a dense, dangerous smoke, but is often used by the poor to warm their homes in a place where temperature can plummet to minus 40C.

One nurse at the National Poison Emergency hospital, who declined to say her name, told AFP she had never seen the numbers of carbon monoxide poisoning patients so high.

"We are working under an enormous amount of pressure," she says.

The city's emergency unit said issues were easing once people were told the "correct ways to burn the briquettes".

They said public service workers were spending time in the ger district to teach people about the new fuel as well as to report if any raw coal was still being used.

Its the latest example of governments in Asia struggling to find a safe, workable solution to replacing coal, in a region that is battling toxic levels of air pollution.

In India, Prime Minister Narendra Modi's promise to provide cooking gas connections to millions of rural residents has been beset by corruption.

In neighbouring China, three million homes near Beijing were ordered to switch from coal to gas or electric heating in 2017, but a difficult transition left many without any heating at all.

Ulaanbaatar is the world's coldest capital and only half of the residents have central heating, and Ulaanbaatar regularly exceeds World Health Organisation recommendations for air quality.

The government has been trying to force low-grade coal out of commission to reduce the thick air pollution that has plagued the city.

And experts say there is evidence that the move is already having a positive impact on the environment.

Sonomdagva, associate professor at the National University of Mongolia, told AFP that PM 2.5 -- tiny particles that get into the lungs and bloodstream -- had decreased by 40 per cent compared with October last year.

"However, an incredibly long and warm autumn, plus the usage of the new refined fuel, and fear of suffocation meaning people use only wood (for fuel) can also be reasons of the 40 per cent decrease," he said.

Byambajargal Losol, a physicist at the Mongolian Science Academy, told AFP that he believes the smokeless briquettes are the best way to reduce air pollution -- but that more needs to be done to help their safe use.

"People are using briquettes just like the old raw coal and burning it the same way," he said, adding: "The briquettes are thick and compact so they require twice as much oxygen to burn, compared to raw coal."

Carbon monoxide poisoning happens when there is a restricted oxygen supply.

The state-owned factory that produces the briquettes said families should also clean their stoves before burning the new fuel.

It has started providing free stove repair services after issues were highlighted in the local press. The government has also promised to distribute free smoke detectors in ger districts.

While citizens say the briquettes have benefits, some remain wary.

"I had to break up the raw coal, (but) the briquettes are ready to use," he says.

"Now we use one bag of briquettes for three days compared to one bag of raw coal for only one day," he adds.

His mother Enkhjargal Chuluun, a nurse at a private dental clinic, said the briquettes are warmer than raw coal.

She says: "But we still have fear of suffocation, so we started opening the window at night."