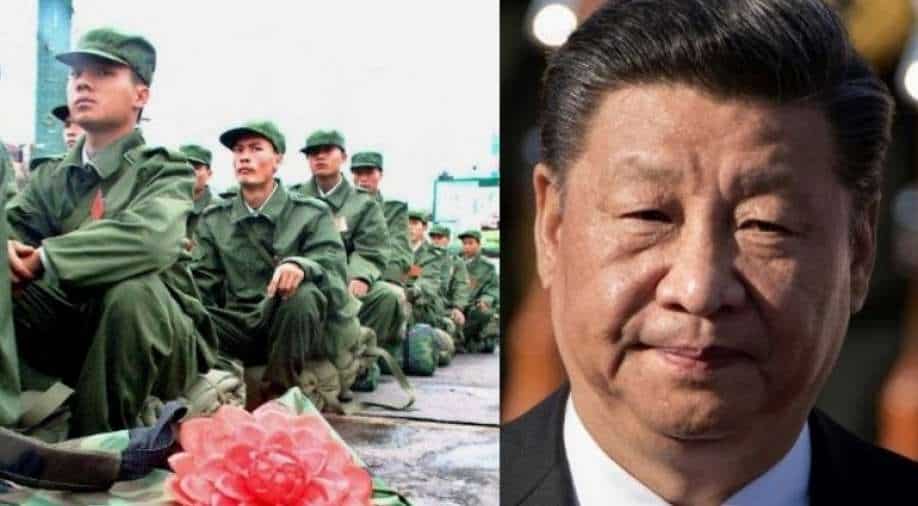 Reports claim Chinese President Xi Jinping has lauded the efforts of People’s Liberation Army (PLA) Unit 77656 stationed in the Tibet region while "encouraging" it to guard the country's borders. The PLA unit is reportedly posted at the China-India border along the Line of Actual Control (LAC).

China's state-run Global Times quoted President Xi's letter which said troops "guarded the sacred territory of the motherland with youth and blood, and have accomplished your mission brilliantly. Everyone has done a good job!"

The report said the Chinese PLA Unit 77656 is stationed in the border region of Xizang at the northern foot of the Himalayas.

The Global Times report claimed the Chinese battalion "is stationed at the highest altitude among all PLA battalions."

Unit 77656 was established in 1961. China's newspaper said the battalion undertakes border patrol missions in the mountains at an elevation of over 5,000 meters.

President Xi had reportedly named Unit 77656 as a "model battalion" in 2016 which defended "China’s frontiers on the plateau”. The Chinese president's greeting came after the unit sent an update on its activities since 2016.

India and China were involved in a 73-day standoff back in 2017 at Doklam. In June last year, India and Chinese soldiers had clashed at Galwan Valley leading to the death of 20 Indian soldiers. China later said five of its troops had also died during the clashes.

In 2016, Xi had reportedly also honoured the Navy Submarine 372 calling it a "model submarine”.