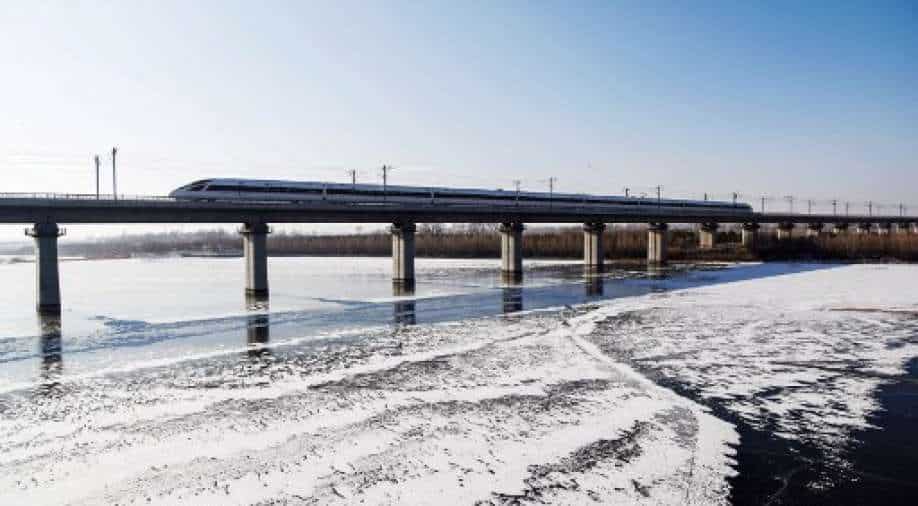 The train reportedly carried soldiers linked to the People's Liberation Army (PLA), the Chinese newspaper said. The Global Times quoting a PLA website said the PLA Tibet Military Command took the Fuxing bullet train on the railway to an exercise field at an elevation of 4,500 meters.

It is the first time the Lhasa-Nyingchi Railway has hosted a troop transport mission, it said while stating that it is "another step forward" towards developing China's military transport initiative.

Nyingchi is a prefecture-level city of Medog next to the Arunachal Pradesh border.

The bullet train was opened by Chinese authorities on June 25 and was inaugurated on July 1. It connects a 435-kilometre stretch to Lhasa with the Chinese city of Nyingchi. The train reportedly cuts travel time by half allowing the movement of people and transport.

Trains are a key means to transport military personnel, equipment and supplies on a large scale as it can serve to complement road transport, which is slower, the state-run newspaper informed.

The Sichuan-Tibet link is the second railway line into Tibet after the Qinghai-Tibet railway. Chinese President Xi Jinping had earlier ordered officials to ensure the construction of the new railway line.

The development comes as India and China held the 12th round of the Corps Commander-level talks last week after the standoff in Galwan led to a clash between Indian and Chinese soldiers on June-15-16 last year in which 20 Indian soldiers had died. China claimed five of its troops had also died during the clashes.

The previous military-level talks had taken place in April. The Indian commanders had told the Chinese officials during their last meeting that disengagement from all friction points was key towards de-escalation along the disputed border area.

The talks focussed on disengagement from Hot Spring and Gogra Post, Patrolling Point (PP) 15 and PP17A.

India and Chinese troops were involved in border row in Ladakh as both sides ramped up troops and activated their Air Force along the Line of Actual Control(LAC).