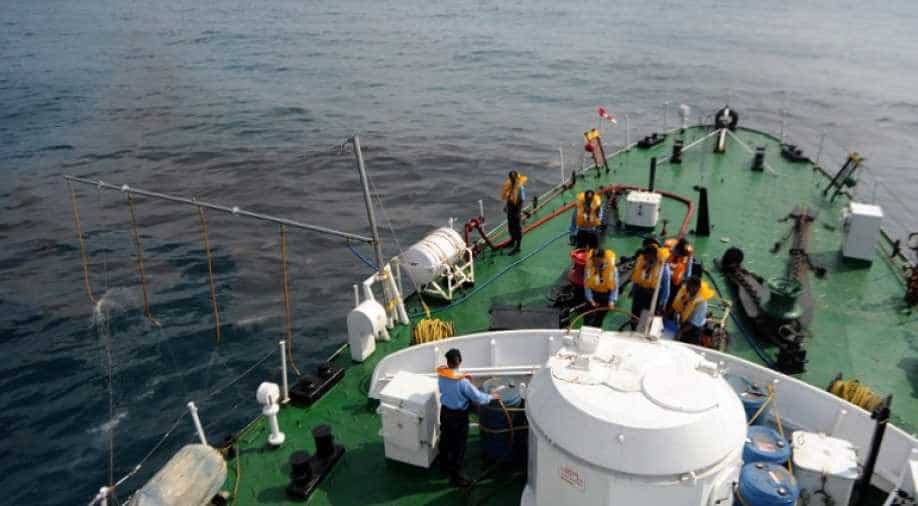 A 10 kiloliter mid-sea oil spill has been reported from a Portuguese flagged container ship MV Devon, off India’s eastern coast.

The spill location is about 450kms south-east of Chennai and it occurred while the vessel was transiting the region, during its voyage from Colombo, Sri Lanka to Haldia, West Bengal.

However, the vessel is stable and is continuing its voyage and is expected to reach its destination by late hours of Friday (June 18th).

The Indian Coast Guard(ICG) received the information on the oil spill from Maritime rescue and Coordination Center (MRCC) Colombo in the late hours of Wednesday(June 16th).

As a result of this crack 10KL of oil had spilled into sea, but the crew had taken preventive action by transferring the remaining oil into another tank.

The vessel is carrying 10,795 tonnes of general cargo in 382 containers and manned by 17 crew of mixed nationality. ICG is in continuous contact with MV Devon and her master has reported that the vessel is stable.

It may be recalled that ICG ships and aircraft in a coordinated operation with Sri Lanka deployed vessels had successfully undertaken a major firefighting operation last month onboard MV X-Press Pearl off Colombo, thereby averting a major environmental disaster.

That vessel, now partially sunk off Colombo, is under the supervision of Sri Lankan authorities and efforts are in hand for its salvage.