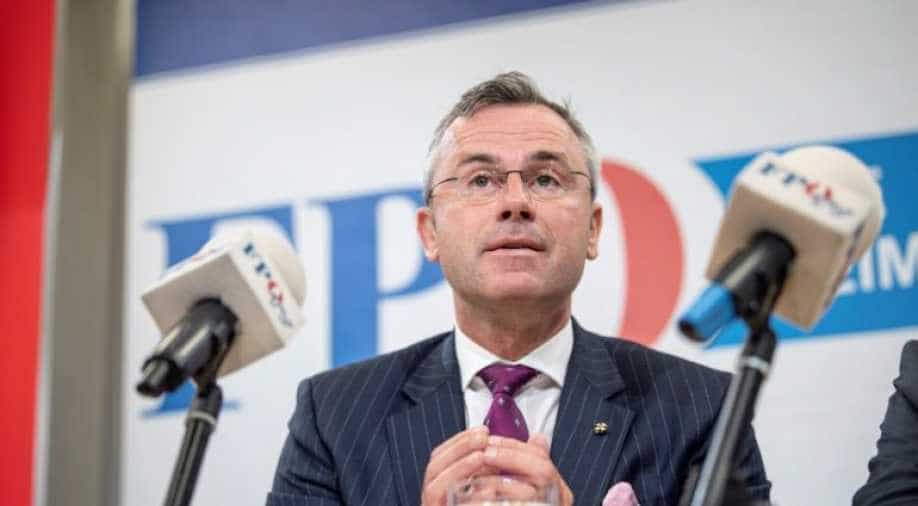 Chancellor Sebastian Kurz announced that he would request the dismissal of Herbert Kickl to ensure a transparent investigation into a corruption scandal against the former party's leader.

Members of Austria’s far-right Freedom Party (FPO) announced Monday that they will leave the coalition government in protest against the dismissal of the Minister of the Interior.

Chancellor Sebastian Kurz announced that he would request the dismissal of Herbert Kickl to ensure a transparent investigation into a corruption scandal against the former party's leader.

Vice chancellor Heinz-Christian Strache resigned on Saturday after a video emerged showing him engaged in acts of corruption.

His party has been in government with Kurz’s centre-right People's Party (OVP) since December 2017.

Kurz announced a snap election in the wake of the scandal, due to take place in September.

He said Kickl needed to go because he was general secretary and responsible for the finances of the FPO when the clandestine video of Strache was recorded.

He added that Kickl should have followed Strache's example and resigned, to clear up any doubts about possible interference in the investigation.

Interim FPO leader Norbert Hofer announced on Monday that an external investigation of the party's finances will be opened.

He said that his party continued to support Kickl and warned that if he is dismissed then the other FPO ministers would resign.

The FPO had five ministries in the current government in office: Interior, Defense, Foreign Affairs, Transport and Health.

These portfolios will be assumed by experts or senior officials, which Kurz had predicted before the resignation of the ministers became official.

The controversial footage, recorded with hidden cameras in July 2017 on a farm on the Spanish island of Ibiza, shows Strache saying he is willing to commit acts of corruption and take steps to control the national press.

FPO politician Johann Gudenus, who appears in the video translating from Russian, has also resigned from all political positions.

The clip was published on Friday by German media and sees Strache meeting with an alleged Russian investor.

He promises public contracts and to help the woman buy the Kronenzeitung, the most influential newspaper in the country, in exchange for millions of donations for his party.

Strache and Gudenus, visibly drunk, described journalists as "whores" and expressed an ambition to muzzle the press.

The Kremlin has denied any connection to the scandal and said it was nothing to do with Russia.

"We can not value the appearance of that video in any way, because it has nothing to do with Russia, neither with the president, nor with the government," Kremlin spokesman Dmitri Peskov said Monday.

He added that it is unknown "who that woman is, whether she is Russian or not," and that it is "a story that has no relationship with us."

The European Commission said it has followed the unfolding events "with disbelief."

"Indeed, we followed in disbelief as a leader of a political party was seen negotiating access to media and institutions in exchange for funds from external benefactors who clearly do not have Europeans' best interests at heart," chief spokesman Margaritis Schinas told reporters at a press conference on Monday.