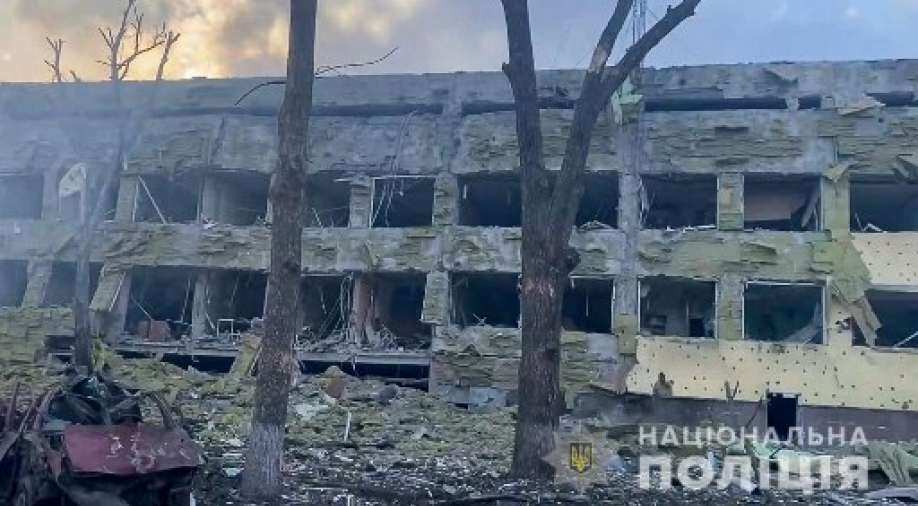 As the strike at children's hospital in Mariupol was condemned worldwide, Russian foreign minister Sergei Lavrov claimed it was a base for the ultra-radical Azov battalion.

"This maternity hospital has long been occupied by the Azov Battalion and other radicals. They drove out the women in labour, nurses and general staff. It was the base of the ultra-radical Azov battalion," Lavrov said after Mariupol's maternity hospital was attacked.

After the strike was reported on Wednesday, the Kremlin had said it would ask the military for more details. Reports said at least three people were killed, including a young girl after the children's hospital was hit.

As the war entered the third week on Thursday, Lavrov said Russia wanted continued dialogue with Ukraine. However, Ukraine's foreign minister Kuleba declared that "Ukraine has not surrendered, does not surrender, and will not surrender" even as reports claimed Russian forces were near capital Kyiv.

President Zelensky said 35,000 civilians had managed to flee cities amid the Russian attack. Several thousand refugees have poured into neighbouring Poland and Romania as the UN said over 2 million people had fled the country.