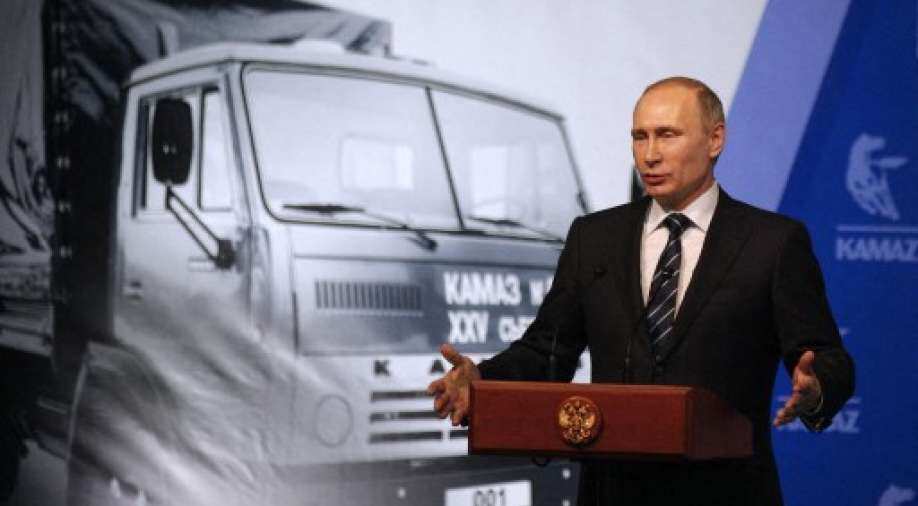 Putin had repeatedly said he had no plans to invade Kyiv Photograph:( AFP )

Putin took everyone by surprise last Thursday as the UNSC was meeting in New York to announce his 'military operation' against Ukraine.

Ahead of Russia's aggression on Ukraine, President Putin had repeatedly said he had no plans to invade Kyiv.

Kremlin had in fact said the Russian president had joked that Western officials even knew the time of the attack while assuring French President Macron that Russia had no plans to attack Ukraine.

Also Read in Pics: Why Russia has parked Iskander-M missile system along Ukraine

According to Brijesh Singh, author and IPS officer who is an expert on the subject of information warfare and cybersecurity it "can be better understood by its literal English translation, which means 'masking something'."

"It involves the use of dummies, decoys, denial, disinformation and deception to misdirect the enemy. It has been a part of Russian intelligence tradecraft for centuries, even before the Communist era. It was actually taught at the military school founded by Czar Nicholas II,” Singh informs.

Days before the invasion, the Kremlin had said some Russian troops were going back to the barracks after their exercise with Belarusian forces and then a few days later it added the soldiers involved in the Crimean exercise would be returning to their bases.

US secretary of state Anthony Blinken had warned that Russia would be using "false flag" technique in order to justify its attack on Ukraine even as the White House stated that Putin's forces would be attacking Ukraine between mid-January and mid-February with thousands of troops deployed at the border.

“It is not that only Russians are using this, intelligence agencies all across the world use, what is called as 'active measures' or psychological operations to force their will on the enemy,” Brijesh Singh said.

“However, the Russian strategic maskirovka concept attempts to pre-emptively manipulate the decision-making process of the enemy and nudge it towards desired outcomes," he added.

The Russian president took everyone by surprise last Thursday as the UNSC was meeting in New York to announce his "military operation" against Ukraine.

"By using the theory of 'reflexive control' the enemy is manipulated into taking decisions which have been pre-decided by the manipulator. Such 'information confrontation' is used to win over global public opinion and also galvanise domestic population by using strategic misdirection,” Singh explained.