Man falls asleep, wakes up to find out AirPod is inside his body 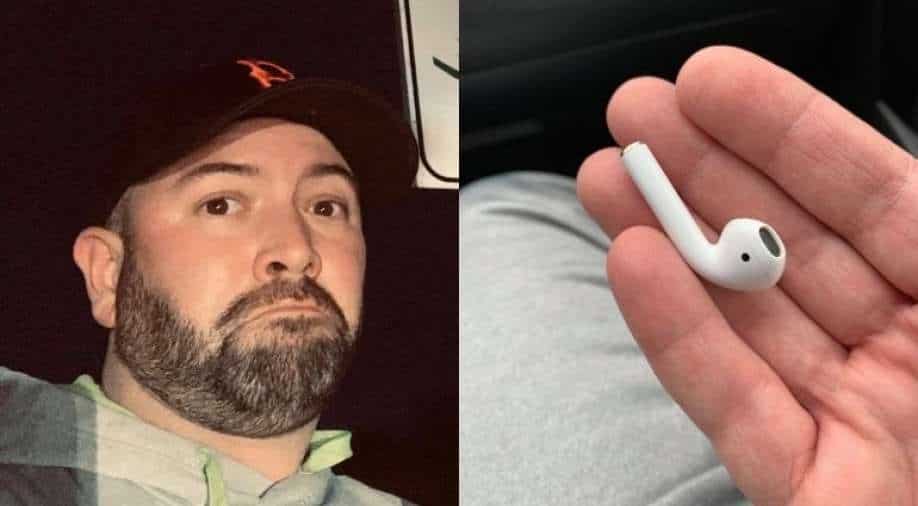 Sharing the incident, he said that when he woke up on Wednesday, he drank water, but it didn't 'go down'

Apple is known for its expensive gadgets, be it iPhones or iPads. To afford an Apple device is a luxury, however, Bradford Gauthier from Massachusetts, United States managed to not just buy an AirPod, but swallow it as well.

Sharing the incident on Facebook, Gauthier said that when he woke up on Wednesday, he drank water, but it didn't "go down".

Here's one for the record books... I woke up this morning, felt fine, but when I tried to drink a glass of water it...

"...I had to lean over to let it spill out into the sink," he wrote in the post.

"Something felt off with a lot of pressure in my chest, but I figured my throat was just dry or something from all the snow shovelling late last night."

He added that he searched his bedroom to find his two AirPods, but managed to find only one.

Quoting Gauthier, NBC Boston wrote that he tried to find the missing AirPod by "Find my AirPod" feature, but "as luck would have it, the battery was dead".

Gauthier and his family suspected that may have accidentally swallowed the AirPod and immediately rushed for medical attention.

An X-ray test found out that that the AirPod was in the lower part of the oesophagus.

Immediately, Gauthier underwent an endoscopy to get the device removed.

He thanked his wife for her support in this endeavour and even advised people to stay careful while listening to the wireless devices.

"Big thanks to the Mrs. for dropping everything and bringing me to get the procedure done," he further wrote on Facebook.

"Be careful listening to wireless headphones when you fall asleep, you never know where they'll end up."