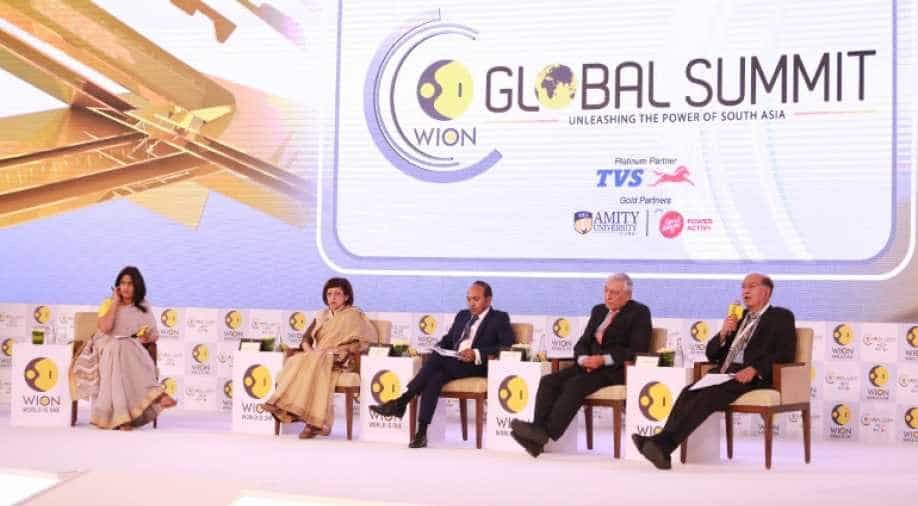 Ahmed asserted that India has been playing an important role in Maldives tourism.

During the discussion, Bhaswati Mukherjee said: "India's approach may not be as effective as China's approach. China is trying to encircle us by using debt trap of smaller countries."

"We try for sustainable development projects in countries like the Maldives," she said, adding,"This is also understood by African nations which is the difference in approach of India and China."

Sibal pointed out that visa rule changes had made it easier for people-to-people contact.

"China has made its ambitions very clear in terms of maritime positioning in the region," he added.

Dr Mohamed Jameel Ahmed, ex-vice president of Maldives said: "Maldives and India are conducting a series of military exercises, India is playing a wider role in the Maldives."

Ahmed asserted that India has been playing an important role in Maldives tourism.

"After the Tsunami in 2004, it was India which came out with a financial package for the Maldives which was very helpful," he informed.