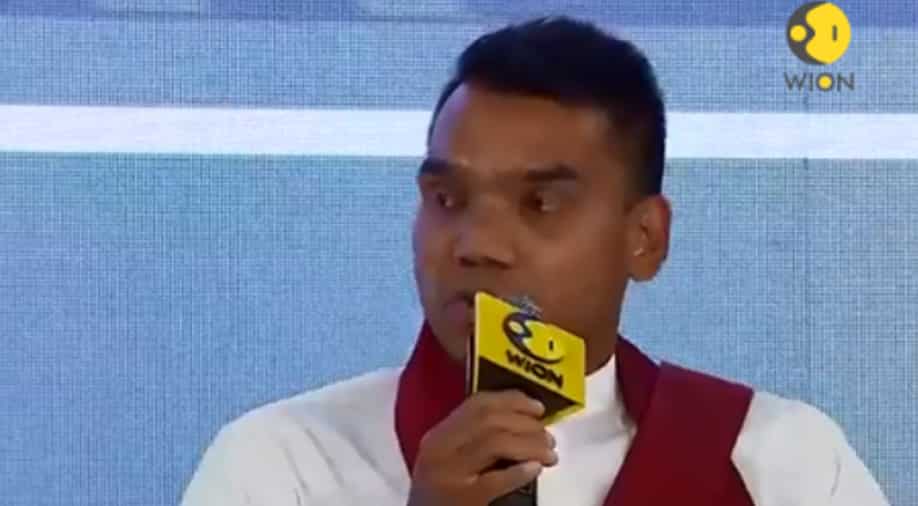 WION hosted a global summit in Dubai on Wednesday in which thought leaders from South Asia gathered to discuss the future of the region. One of the sessions at the day-long conclave was "Future of South Asia - Strategic Balances & Alliances" which saw participation from former information minister from Bangladesh Hasanul Haq Inu, lawyer and parliamentarian from Sri Lanka Namal Rajapaksa, director of Delhi-based think tank India Foundation Shaurya Doval, social activist from Afghanistan Zakia Wardak and South Asia expert at the Wilson Centre in the US Michael Kugelman.

The session, moderated by Riz Khan, opened with remarks by Bangladesh's former information minister Hasanul Haq Inu, who talked about the relevance of South Asia. "The region has oldest civilisation in the world. Secondly, South Asia is also global because of its diaspora, its market. We are reaching out to the global markets" he said.

The former Bangladesh minister then listed the achievements of his government and showcased his country as one of most important countries in South Asia.

The other esteemed panelist, Namal Rajapaksa, while listing his government's initiatives in making Sri Lanka a partner in South Asia's progress, said his country is India's closest ally and that the island nation wants to benefit from the progress of India - one of the fastest growing countries in the world. Talking about the strategic balances and alliances in the region, Rajapaksa said, "Economic cooperation, trade and development are the ways to tackle terrorism. We have fought the most ruthless terrorist organisation in the world for 30 years and learned that poverty, unemployment and lack of education are the main reasons for a terrorist organisation to arise."

"So cooperation among the countries of South Asia will help a lot in the development of the region, Rajapaksa added. He also listed some steps his government is taking to develop Sri Lanka as aviation and maritime hub. The strategic location of Sri Lanka has never been utilised. At one point, we were conquered, colonised, then we faced two civil uprisings, but now we are working towards developing Sri Lanka," Rajapaksa said.

Earlier, former chief of the Indian Army, General Bikram Singh, in another session named "Uprooting state-sponsored terrorism: An imperative for peace in South Asia" had said India has been adopting and idealistic agenda for too long.

During the discussion, Michael Kluegman, South Asia expert who is a leading specialist on Afghanistan, said, "Trump administration in its National Security Advisory had mentioned China is its biggest concern, China in South Asia is being seen as a significant concern for the US."