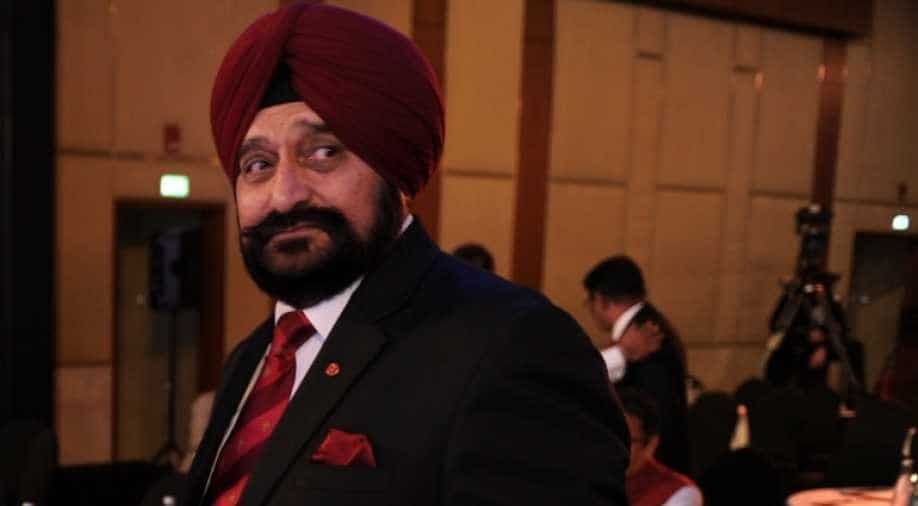 General Bikram Singh in attendance at the WION Global Summit. Photograph:(WION)
Follow Us

Husain Haqqani, Pakistan's ex-ambassador to the US said the strategy of "sub-conventional warfare" had failed.

The recent terror attack in Pulwama, in Jammu and Kashmir, in which 40 soldiers of India's Central Reserve Police Force (CRPF) were killed, left the entire nation in shock and saw some tough steps being initiated by the government of India to diplomatically isolate Pakistan. The attack was carried out by Jaish-e-Mohammed, a Pakistan-based terrorist organisation.

During the panel discussion, General Bikram Singh said, "We've been adopting idealistic agenda for too long. You can't keep giving your cheek and get slapped," referring to India's policy on Pakistan.

"Let's not allow epicentre of terrorism to raise problems. We got to take Pakistan to task," the former Indian Army chief said.

Husain Haqqani, Pakistan's ex-ambassador to the US, said the strategy of "sub-conventional warfare" had failed. "State-sponsored terrorism is a widely used phrase. One country that can call one nation as state sponsor will not call another country the same for its own benefits. Consistency is required," he said.

"We need to think long-term, this region will eventually become as integrated if not more as other parts of the world," Haqqani added.

G Parthasarathy, India's former High Commissioner to Pakistan, said, "Every country has an army but in Pakistan, the army has the country. Today, Bangladesh has a far better growth rate than Pakistan because they focus on development."

The Global Summit which started on Wednesday morning in Dubai was inaugurated by His Excellency Sheikh Nahayan Mabarak Al Nahayan, Cabinet Member and Minister of Tolerance, United Arab Emirates.

"We should be a soft nation but we should slap hard too when required," Sibal asserted.

Micheal Kugelman, South Asia expert at the Wilson Centre in the US, said, "We need to look at the issue of Pakistan's military. Just uprooting terrorism will not bring peace in South Asia. Water shortages, climate change also play a role."