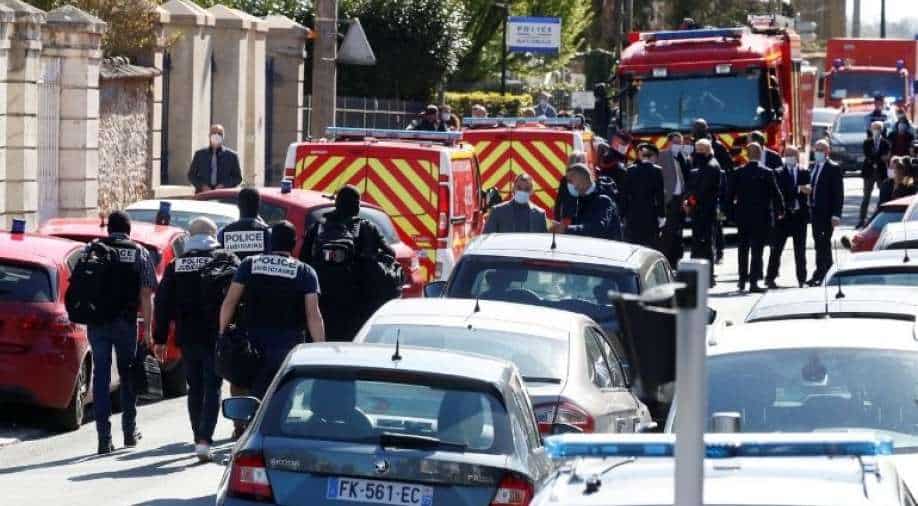 Reacting to the stabbing attack in Paris, French President Emmanuel Macron on Friday said that the country would never give in to "Islamist terrorism".

"In our fight against Islamist terrorism, we will never give in," Macron said on Twitter.

Macron's comments came after a woman administrator lost her life in a stabbing attack by a Tunisian man at a police station in Paris on Friday, the local prosecutor's office and a police source said.

The attacker died after police opened fire on him at the station in Rambouillet in Paris, news agency AFP reported.

France's national anti-terrorism prosecutors said that they had launched an investigation into the attack.

France's DGSI domestic intelligence service will be a part of the probe.

The police source also said that the incident occurred in secure entrance area of the station at around 2:20 pm (1220 GMT),

The 48-year-old woman was stabbed in the throat twice, the source said.

Prime Minister Jean Castex and Interior Minister Gerald Darmanin both said they were approaching to the scene of attack.

Investigation sources said the perpetrator was aged 36 and unknown to security forces.

Hundreds of people have lost their lives in France due to a number of attacks by radical Islamists in recent years.

A Pakistani man in September injured two people with a meat cleaver outside the former offices of satirical magazine Charlie Hebdo, which has published controversial cartoons of the Prophet Mohammmed that has drawn severe flak from the Islamic world.