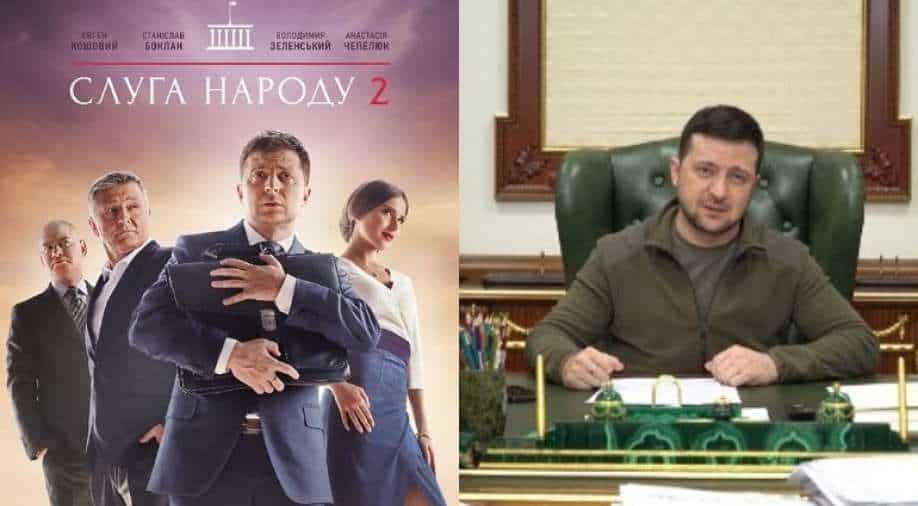 President Zelensky has risen to prominence on the international stage since the start of the invasion, impressing the world with his fearless determination against the Russian invasion

It started with one bid, then two, then twenty: a small Stockholm company has recently been swamped with inquiries for the rights to air the comedy series featuring Ukraine's former actor-turned-war hero Volodymyr Zelensky.

"It's been very, very busy. All around the world, people have asked for the rights because they want to broadcast it," says Eccho Rights co-founder Nicola Soderlund.

Since the beginning of Russia's invasion of Ukraine, broadcasters including Channel 4 in the UK, ANT1 in Greece, and PRO TV in Romania, have rushed to acquire the rights to "Servant of the People", which first aired in Ukraine in 2015.

"I think last week we made maybe 15 deals and we are in negotiations with another 20 countries," says Soderlund, a poster advertising the series hanging above his desk.

There are currently three or four broadcasters in Italy vying for the rights, while in Greece, the show airs nightly during primetime.

"In a way, it's an act of solidarity with the Ukrainians, and at the same time, of curiosity -- you want to see who he is," Soderlund says of Zelensky.

President Zelensky has risen to prominence on the international stage since the start of the invasion, impressing the world with his fearless determination against the Russian invasion.

In retrospect, it was unimaginable that this "very funny comedian, very popular and loved by audiences" would eventually become Vladimir Putin's main target and "this world leader who embodies and speaks for the whole nation".

"We needed a hero like him, after Trump and all that," Eccho Rights managing director Fredrik af Malmborg interjects.

With "Servant of the People", life imitated art. The series, which lasted three seasons, featured Zelensky as a high school teacher who was elected president after a viral video of him ranting about corruption in Ukraine went viral.

Zelensky became president in real life after the success of the show.

While Eccho has not had direct contact with Zelensky, it has been in touch with some of his representatives.

The details of the rights contracts are confidential, but the rights will cost "around a million euros".

Amidst Australia’s rental crisis, sleeping pods with single bed being rented for $900 a month

Fake cancer patient who crowdsources £45,000 ordered to pay back just £5