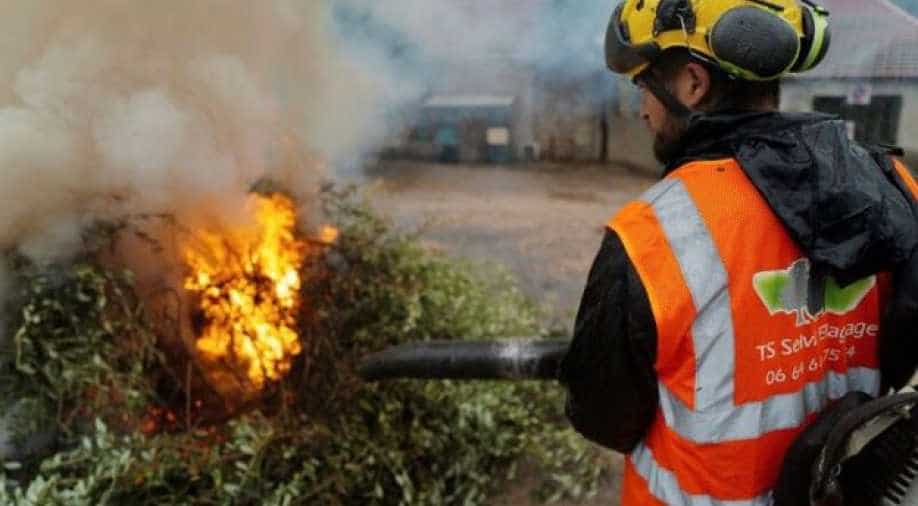 Olive trees dry up and ultimately die from the Xylella infecton Photograph:( AFP )

The bacterium which has killed swathes of trees in Italy, now poses a potential threat to olive plantations in Spain and Greece.

The economic cost of the deadly pathogens affecting olive trees in Europe has been estimated to over €20 billion.

The team of researchers made projections for Italy, Spain and Greece, which between them account for 95 per cent of European olive oil production.

The study has been published in the journal Proceedings of the National Academy of Sciences (PNAS).

According to the study, it can cause damages worth €17 billion alone in Spain in the next 50 years. 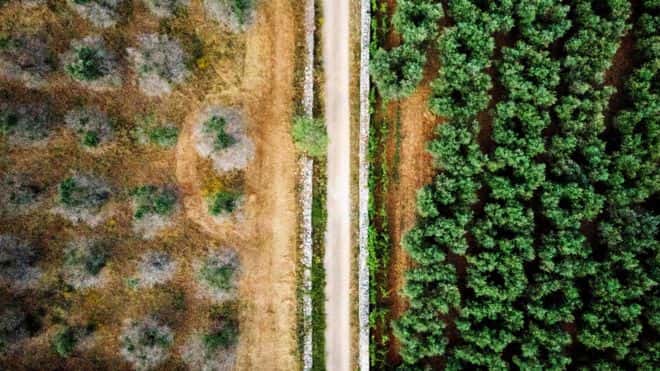 A similar scenario in Italy would amount to over five billion, while in Greece, the losses would be under two billion.

Also known as Xylella fastidiosa pathogen is transmitted by sap-sucking insects such as spittlebugs.

The bacterium which has killed swathes of trees in Italy, now poses a potential threat to olive plantations in Spain and Greece.

Researchers have analysed the future adverse impacts of the disease which can increase the costs of olive oil for consumers.

Xylella is considered to be one of the most dangerous pathogens for plants anywhere in the world.

It can infect cherry, almond and plum trees as well as olives and has been associated with olives after a strain was discovered in trees in Puglia in Italy in 2013.

At present there is no cure for the infection which limits the tree's ability to move water and nutrients and over time it withers and dies.

Other then Italy, the Xylella bacterium has now been found in Spain, France and Portugal.