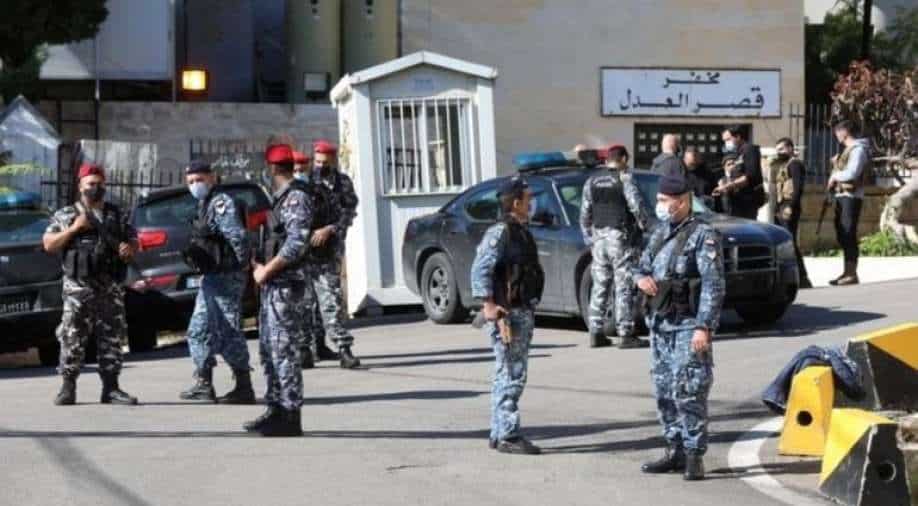 Out of 69, five were declared dead, 15 were caught again and four turned themselves in immediately after the jailbreak attempt

The prisoners of a Lebanon jail tried to break out of the detention centre on Saturday, leaving five of the fleeing prisoners dead.

Lebanon's Internal Security Forces (ISF) reported in an official statement that more than 60 detainees tried to break out of the detention centre on Saturday. Five of the prisoners were declared dead after their car rammed into a tree.

A total of 69 prisoners tried to flee the facility which is located near the capital city Beirut and is counted as a part of Baabda district prison. This facility mainly holds the pre-trial detainees.

As of now, it has not been made clear how the prisoners managed to flee. Out of 69, five were declared dead, 15 were caught again and four turned themselves in immediately after the jailbreak attempt.

According to local media reports, the prisoners escaped from the prison at dawn after they were successful in breaking open cell doors.

The jailbreak has come a few months after Amnesty International reported riots inside the Lebanese jails, after which the families of the prisoners had organised sit-in protests demanding the release of prisoners fearing a wide spread of the novel coronavirus vaccine. As per the reports, the Lebanese government had released a few prisoners who needed care and had also taken numerous other measures guaranteeing health and safety of the detainees.

President Michel Aoun was briefed by the caretaker interior minister about the break-out and ordered that search operations be intensified and the incident be investigated, the Presidency tweeted