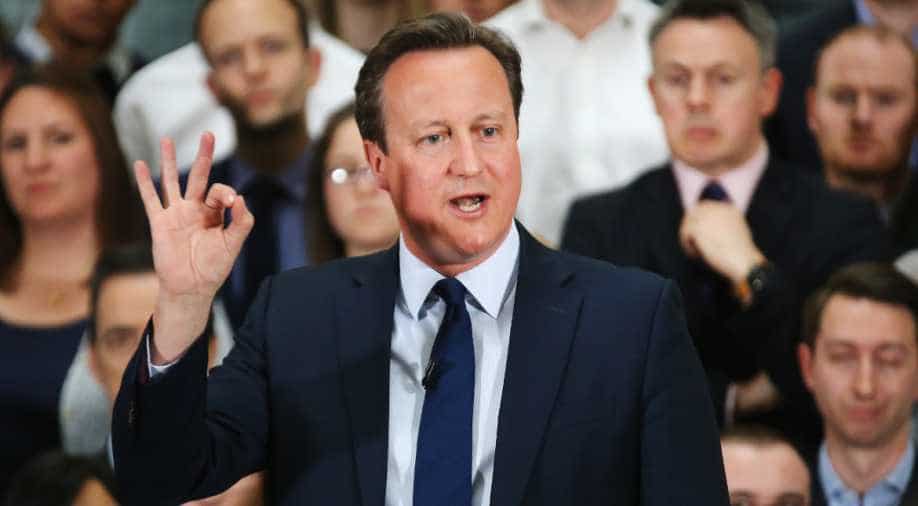 Prime Minister David Cameron, who will step down in October, said there would be no second referendum. Photograph:( Reuters )

Former British Prime Minister David Cameron rejected an offer from the government to lead a major United Nations climate summit taking place in November. Known as COP26, the summit in Glasgow is seen as a moment of truth for the 2015 Paris Agreement to combat global warming. Britain will be responsible for persuading major powers to accept more ambitious emissions cuts.

"It was an honour to be asked to do that job and I was very grateful to be asked," Cameron, who served as prime minister from 2010 to 2016, told reporters. "But I think its best in these situations if you have a government minister doing the job - you then have sort of one line of command rather than perhaps two people doing the same thing," he said.

Many critics feel that this announcement is damage control to shield UK's credentials in terms of the environment. However, the British PM behind a successful Brexit, disagrees and claims that it is part of the government's larger plan to cut down CO2 emissions by 2050. O'Neil clapped back at Johnson and claimed that he does not understand climate change. "Well, he [Boris Johnson] doesn't get it, I think is what he said. But others around him do", she stated.

"I think my advice to anybody to whom Boris is making promises, whether it is voters, world leaders, ministers, employees or indeed family members, is to get it in writing. Get a lawyer to look at it and make sure the money's in the bank", O'Neil added.