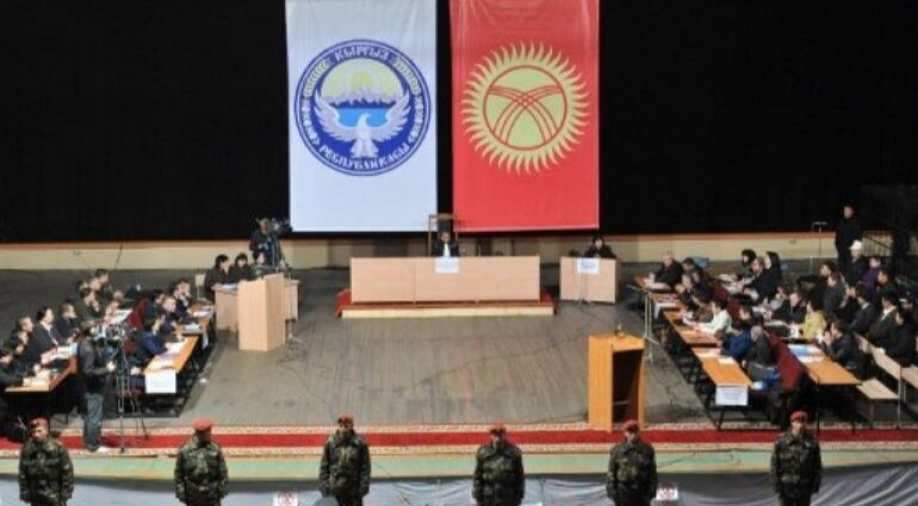 Kyrgyz soldiers and police stand guard during a court session held in a sports palace in Bishkek Photograph:( AFP )

A court in Kyrgyzstan has ordered former president Almazbek Atambayev held in custody until August 26, a spokesman said Friday, after he was detained in a major security operation at his home that sparked unrest by his supporters.

The Central Asian state, which has seen two revolutions in less than two decades, is on the brink of crisis amid a standoff between Atambayev and his protege-turned-foe President Sooronbai Jeenbekov.

Atambayev was detained by security services on Thursday at his residence in the village of Koi-Tash near the capital Bishkek, the capital of the Muslim-majority nation of six million people, in the second raid in two days on the compound.

During the first operation on Wednesday, his supporters clashed with security forces leaving one officer dead.

A spokesman for the Pervomaiski District Court in Bishkek told AFP it had issued an order late on Thursday that Atambayev is held in custody until August 26.

The spokesman did not say on what charges he is being held.

Atambayev had ignored three police summonses for questioning in connection with the release of a well-known underworld figure during his presidency.

The state prosecutor said Thursday that Atambayev figures in a total of five criminal cases. Critics say the investigations are politically motivated.

The first operation failed and descended into violence.

On Thursday, security forces rammed a military vehicle through the gates of the residence before using tear gas and smoke grenades to counter resistance from supporters.

A funeral service was held on Friday for Usen Niyazbekov, the special forces officer who died from a gunshot wound sustained during the clashes at Atambayev's residence.

A provincial police chief injured during the clashes is in critical condition in hospital, the health ministry said.

But they fell out just months after Jeenbekov's inauguration as Atambayev publicly criticized his successor and security services arrested several key Atambayev allies.

A widely shared video showed Atambayev negotiate the terms of his surrender with Deputy Interior Minister Kursan Asanov Thursday, securing a guarantee that police would not harm his supporters who have been holed up with him at his compound in recent weeks.

Supporters then took to the streets of Bishkek, a city of one million people, blocking a key thoroughfare and setting alight trash containers, an AFP correspondent said.

Police said they were in full control of the city has spent the night dispersing Atambayev's supporters.

The standoff has drawn in Russia -- the country's Soviet-era master and traditional political patron -- where hundreds of thousands of Kyrgyz work as migrant laborers.

Last month Russian President Vladimir Putin met with both Jeenbekov and Atambayev in Moscow in a bid to defuse the confrontation.

Russia's Prime Minister Dmitriy Medvedev arrived in Kyrgyzstan Thursday for a meeting of a regional trade bloc and said he hoped the situation would stabilize.

Kyrgyzstan "has already reached its limit for revolutions," Medvedev said.