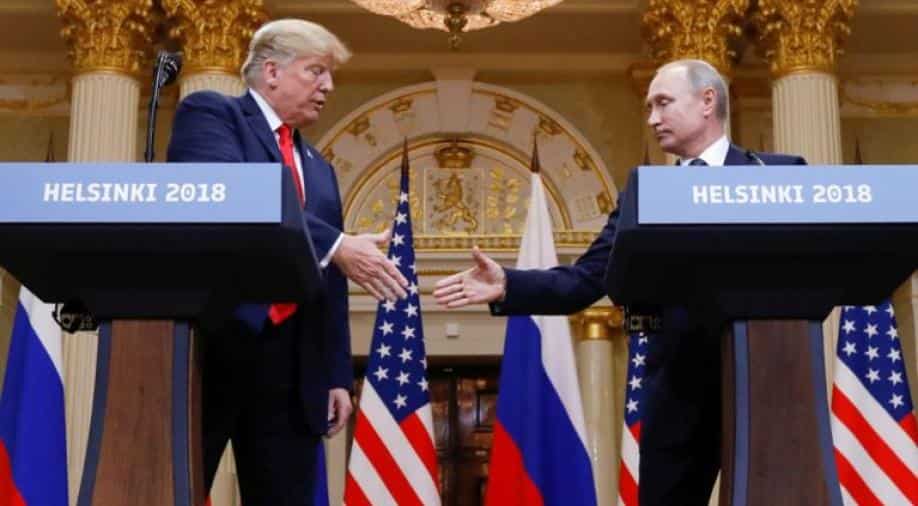 The leaders will not hold a full-scale meeting at the Group of 20 summit in Osaka.

The Kremlin said Monday that Russian President Vladimir Putin and US counterpart Donald Trump could meet briefly at the G20 in Japan next week.

The leaders will not hold a full-scale meeting at the Group of 20 summit in Osaka starting June 28, however, Putin's spokesman Dmitry Peskov told journalists, saying Washington has not reached out to organise one.

"There's no news on a possible full-scale meeting between Putin and Trump in Osaka," Peskov said. "That means the American side has still not formulated any initiatives or proposals on this."

Peskov added that "one can't rule out a brief meeting between them while they are standing up, but this won't be a full-scale meeting."

Trump said last week that he would meet Putin on the sidelines of the summit but told a reporter he wanted other people to be present at their meeting because "you people (journalists) don't trust anything."

The US leader said last month he would meet with Putin at the G20, but the Kremlin indicated at the time there was no agreement on a bilateral meeting.

On Tuesday, Trump is set to formally announce his bid for re-election in 2020.