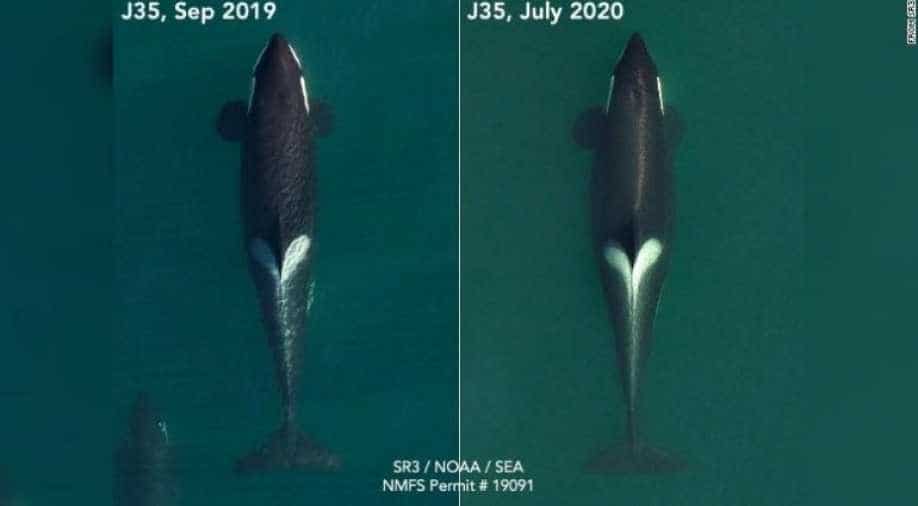 The experts have raised concerns as majority of the recent pregnancies of these killer whales have not been successful.

Two years ago, a mother orca lost her newborn, but what caught everyone's attention was that this orca carried the dead newborn along with it for nearly two weeks.

Now, after almost two years, Tahlequah, or as the researchers call her 'J35', is pregnant again.

In 2018, Tahlequah swam for 17 days with her dead newborn. She later pushed her dead calf toward the surface of the Pacific  near the coast of Canada and the Northwestern US.

A sea life response, rehab and research group called SR3 has released drone pictures of Tahlequah which show the body transformation of the killer whale, which clearly indicates that J35 is pregnant again.

SR3 has also revealed that J35 is not the only killer whale pregnant.

The experts have raised concerns as majority of the recent pregnancies of these killer whales have not been successful.

"Studies by our colleagues at the University of Washington have shown that these reproductive failures are linked to nutrition and access to their Chinook salmon prey," the online release said. "So, we hope folks on the water can give the Southern Residents plenty of space to forage at this important time."

SR3 also released pictures of L72's body transformation from September 2019 to July 2020, which shows that the whale is in final stages of pregnancy. 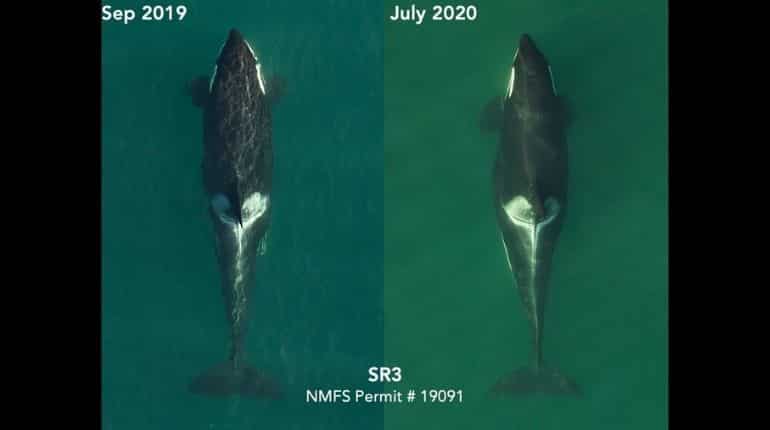 The organisation is urging people people to take care and give ample space to the whales during this important time.