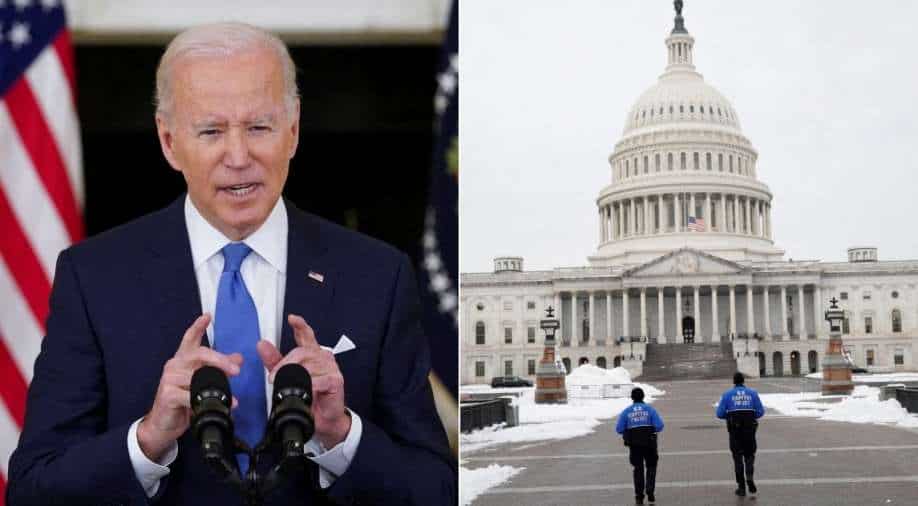 Joe Biden and VP Kamala Harris will address the nation, marking the first anniversary of the January 6. Photograph:( Reuters )

White House Press Secretary Jen Psaki on Wednesday said that the United States President Joe Biden will speak about the truth of what had happened when the US Capitol was attacked last year on January 6.

The US President Biden and Vice President Kamala Harris will address the nation, marking the first anniversary of the January 6 attack against Congress. The event is scheduled for 9:00am local time.

ALSO READ | No progress with Russia so long as 'gun to Ukraine's head': Blinken

During the White House media briefing, aiming at former President Donald Trump, Psaki said that the President is going to speak the truth, "not the lies" that some have spread since. She said that the lies posed peril to the rule of law and the "system of democratic governance".

So far, Biden has mostly opted to ignore Trump, despite the repeated claims made by some of the Republicans, especially Trump that there were discrepancies in the 2020 elections.

On being asked about whether Biden will mention Trump's role in the riot during his address, Psaki said, "I would expect that President Biden will lay out the significance of what happened at the Capitol and the singular responsibility President Trump has for the chaos and carnage that we saw."

"And he will forcibly push back on the lie spread by the former President in an attempt to mislead the American people and his own supporters, as well as distract from his role in what happened," she added.

She also added that Biden sees January 6 attacks on US Capitol as a "tragic culmination of what those four years under President Trump did to our country". She added that the speech is not finalised yet, but people will know who he is referring to.

WATCH | Gravitas: Why is Melania Trump auctioning her possessions from White House?