No progress with Russia so long as 'gun to Ukraine's head': Blinken 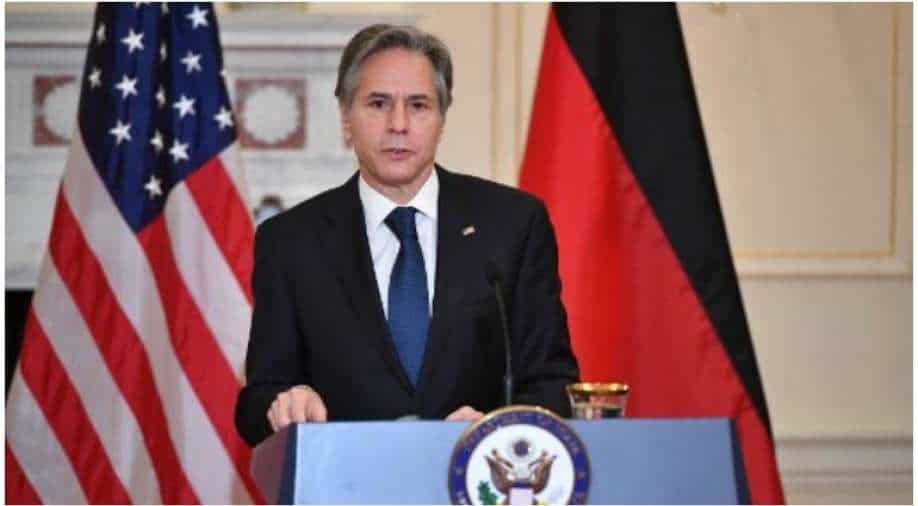 US Secretary of State Antony Blinken speaks to the press on January 5, 2022, at the State Department in Washington, DC. Blinken met with German Foreign Minister Annalena Baerbock Photograph:( AFP )

In a fresh stern warning to Russia, US Secretary of State Antony Blinken said that Russia must ease pressure on Ukraine if it wants progress. He renewed the warning of 'massive consequences' if Russia invades Ukraine.

Russia and the US are going to hold talks next week in Geneva over the Ukraine issue.

If the talks are "going to show real progress, that will require de-escalation," Blinken told a joint news conference with German Foreign Minister Annalena Baerbock.

Pointing to Russia's hopes for progress in areas such as arms control, Blinken said, "It's very hard to make actual progress in any of these areas in an atmosphere of escalation and threat with a gun pointed to Ukraine's head."

"Russia should be in no doubt that further military aggression against Ukraine would have massive consequences and severe costs in response," Blinken said.

Baerbock, paying her first visit to Washington since taking office, agreed on the need for "severe consequences" if Russia attacks Ukraine.

The United States and Germany have been at loggerheads for years over Nord Stream 2, which is set to open and ship Russian gas directly to Europe's largest economy.

"From our perspective, it's very hard to see gas flowing through that pipeline, to become operational, if Russia renews its aggression," Blinken said.

But the administration last year reached an agreement in which Germany promised aid to Ukraine and warned Russia against using the pipeline for geopolitical advantage.

Baerbock, asked if Germany was ready to cancel the pipeline, said only that the new government backed last year's agreement with the United States.

The new government "agreed that we take effective measures together with our European partners should Russia use energy as a weapon," she said.