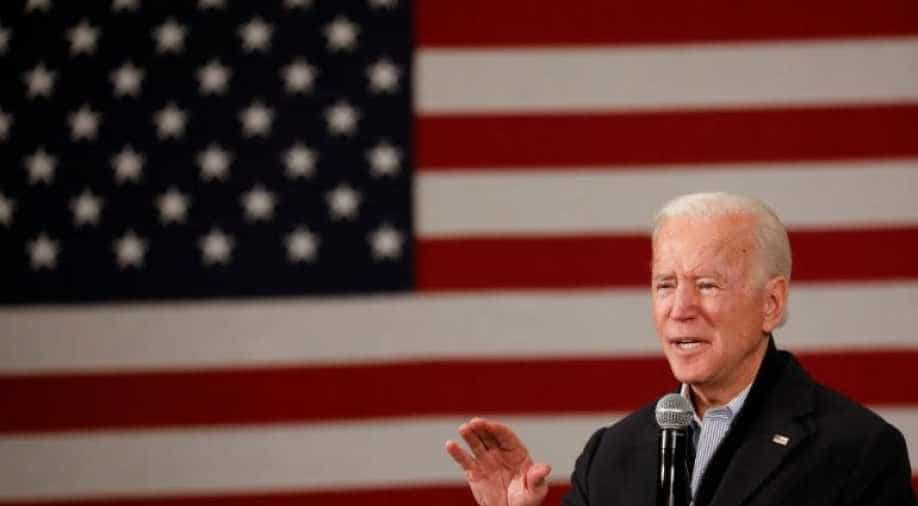 Trump's rightwing populism on a roll, Beating Trump with the same-old, same-old kind of politics is not possible.

Joe Biden seized the momentum in the race to become the Democratic challenger to President Donald Trump with a string of Super Tuesday victories against leftist rival Bernie Sanders after his candidacy had seemed close to collapse.

A self-described democratic socialist who wants to reshape America's economy, Sanders had been the clear leader and was looking for a knock-out blow on a day when nomination contests were held across 14 states.

Instead, the results signalled a remarkable comeback for Biden, a former vice president under Barack Obama, who will be vying once again for that frontrunner status.

"It's a good night and it seems to be getting even better! They don't call it Super Tuesday for nothing," Biden told cheering fans in Los Angeles.

Sanders, 78, was projected to win his home state of Vermont, Colorado, Utah -- with exit polls also pointing to a win in the biggest delegate-rich state of all, California.

Biden, whose centrist campaign had appeared to be floundering, was projected to win in Virginia, North Carolina, Alabama, Oklahoma, Tennessee, Arkansas and even Minnesota -- a state where Sanders had been expected to win handily.

In Texas, where Sanders had also been polling ahead, Biden appeared set for an even split -- or even a win.

A defiant, Sanders celebrated his wins by tearing into Trump, calling him "the most dangerous president in the history of this country." But he also attacked Biden, 77, for having voted in favour of the invasion of Iraq and painted him as tarnished by billionaire contributors.

"We're taking on the political establishment," he said. "You cannot beat Trump with the same-old, same-old kind of politics."

Biden saw the results as proof that his bid to bring American politics back to the centre, after four years of Trump's rightwing populism, is on a roll.

"We are very much alive," he told a crowd in Los Angeles. "Make no mistake about it, this campaign will send Donald Trump packing."

A key takeaway from Biden's lengthening list of wins was the strong support for the former vice president of Barack Obama from African Americans -- a vital piece in any Democratic presidential candidate's coalition.

However, he seemed to fare less well with the large Hispanic electorate, which in California reportedly went heavily for Sanders.

Former New York mayor Michael Bloomberg, 78, and Senator Elizabeth Warren were the other big names on the ballot.

Despite spending record amounts of his own money on advertising, it was an embarrassing debut for billionaire media entrepreneur Bloomberg who failed win any state -- though he did get a consolation win in tiny American Samoa in the Pacific.

Trump, who watched the results on television, tweeted his customary insults about the Democrats, deriding Warren for losing her home state of Massachusetts.

Biden answered on Twitter, saying, "Come November, we are going to beat you."

The 14 nominating contests across the country gave the dwindling field of Democratic hopefuls a giant potential haul of delegates.

Many in the Democratic Party are desperate to stop Sanders' strong push to win that delegate race, saying the senator will be destroyed in a general election where Trump has signalled he will brand him a socialist bent on ending the American way of life.

Biden was practically counted out after a stumbling early campaign but first began to rebound with a landslide win in South Carolina last Saturday.

That was followed by the coordinated decisions of two other moderate candidates Pete Buttigieg and Amy Klobuchar to withdraw and endorse their former rival.

Bloomberg now faces calls from within the Democratic Party also to get out of the race and not split the centrist vote.

Biden is making his third bid for the White House after failed runs in 1988 and 2008. He argues he can bring a return to "decency" after the tumultuous, scandal-plagued Trump era.

Sanders' fans are convinced only he can take on Trump, who also defied his party's establishment four years ago to claim a surprise victory against Democrat Hillary Clinton.

"I mean it is just people in the establishment being afraid," he said.

A total of 1,357 delegates were at stake on Tuesday -- a third of the nationwide total. A candidate needs 1,991 delegates to win the nomination outright at the party convention in Milwaukee in July.

Most vulnerable in England can spend time outdoors from Monday