Michael Bloomberg and Donald Trump: Two men to watch in US election 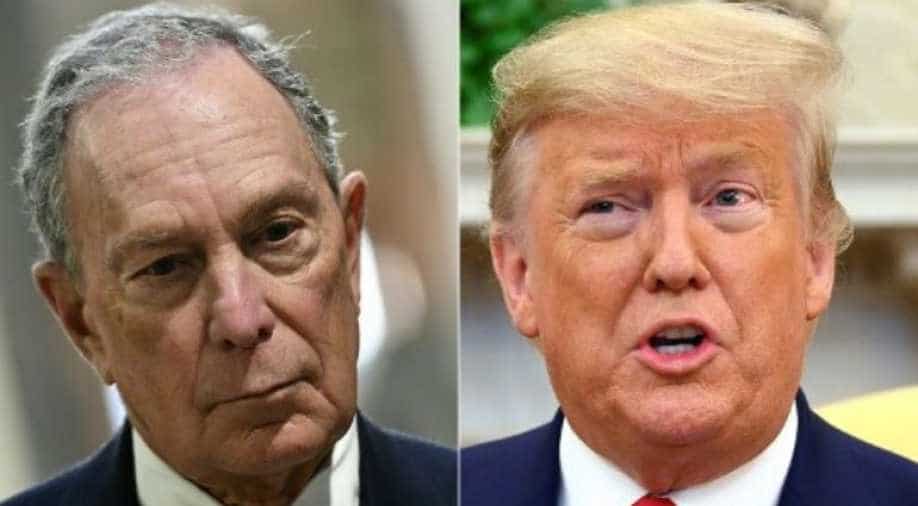 It is a battle between two billionaires and the future of the United States is at stake.

The race to the White House is as entertaining as it could get. Thanks to the contenders.Two business magnates are up against each other. Donald trump and Micheal Bloomberg are leaving nothing to chance.

The ammunition is ready, lots of money, memes and personal insults.It is a battle between two billionaires and the future of the United States is at stake.The war of words has well and truly begun. The billionare media magnate and former mayor of New York — Michael Bloomberg, who is leaving no stone unturned to beat Donald Trump.

"I am a New Yorker and I know how to deal with new york bullies. And so i'm not afraid of donald trump. And that's why he keeps tweeting about me. He's a narcissist he understands name is everything. And if you really want to annoy him, say that person, don't say Donald Trump," said Micheal Bloomberg.

Bloomberg wants to make college education and healthcare free. And he has been donating millions of dollars to organisations fighting climate change and gun violence.He is not competing in the first four democratic nomination contests.

Instead he has carved out a nationwide campaign ahead of the march primaries and so far he has risen in public opinion polls.

While spending hundreds of millions of dollars on television advertisements.But with the money bags also come heaps of criticism.

Bloomberg's self funding has led to many saying he is attempting to buy the election.He has also been pouring millions of dollars into Facebook and Instagram.

And we are talking obscene amounts of money.1 million dollars a day to be precise. That is more than three times what trump spent per day during his winning campaign in 2016.

It is called the meme 2020 project. Bloomberg got together some of the biggest meme-makers on the internet to post sponsored content on Instagram to promote his candidacy.

Reports suggest Bloomberg's campaign managers are offering social media influencers 150 dollars to create content for him by building a tribe.

Bloomberg's biggest internet moment so far in this election campaign was not what he was expecting.

I regret to inform you that Mike Bloomberg attempted to shake a dog’s mouth. pic.twitter.com/hKsagJ4xAf

Trump has called him a 5 feet 4 inch mass of dead energy and Bloomberg fired back calling trump a carnival barking dog.

"Well Donald Trump's insults do not bother me. I've never run away from a fight. And i can just tell you, he's not going to bully me, and i won't let him bully you either," said Bloomberg.

"Look, he's a lightweight. He's a lightweight. You're going to find that out. He's also one of the worst debaters I've ever seen. And his presence is zero. So he'll spend his three, four or five hundred million dollars, maybe they will take it away. Frankly, i'd rather run against bloomberg than Bernie Sanders because sanders has real followers," replied Donald Trump.

With an estimated net worth of around 61 billion dollars. Bloomberg's campaign budget is virtually limitless.

For how much do Facebook users want to sell their private information for?