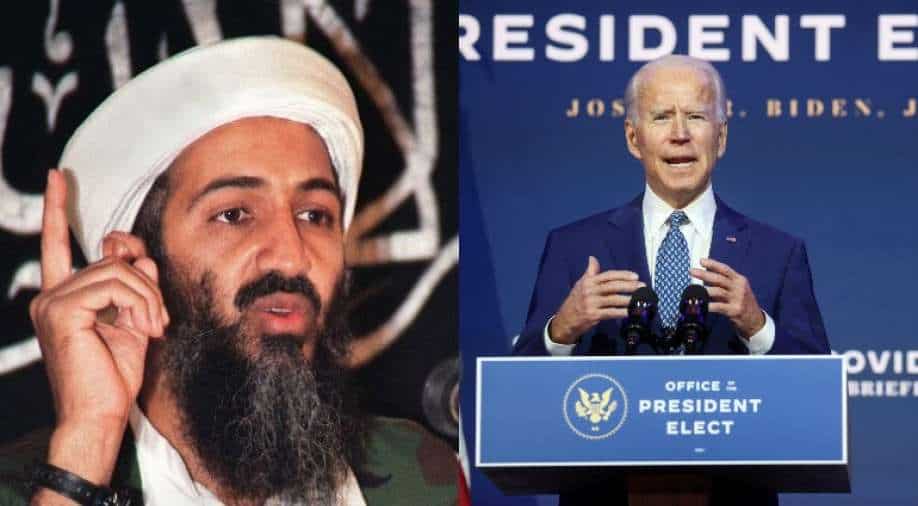 Biden has claimed that in a group discussion on the raid, he urged Obama to take more time, saying 'don't go'

In his memoir which will be up for sale on Tuesday, former US president Barack Obama has revealed that President-elect Joe Biden was not in favour of raid in Pakistan that killed Osama bin Laden.

"Joe weighed in against the raid," Obama wrote in 'A Promised Land', referring to the Navy Seals mission in Abbottabad, Pakistan in May 2011, as reported by The Guardian.

It is so far not clear whether Biden advised against the raid or not, but during this presidential election, Republicans attacked him via ads that he was completely against the action on Laden.

Biden has claimed that in a group discussion on the raid, he urged Obama to take more time, saying "don't go". He added that subsequently, he told the president to follow his "instincts".

Obama further wrote that Obama, like defence secretary Robert Gates, was concerned about "the enormous consequences of failure" and suggested president to "defer any decision until the intelligence community was more certain that bin Laden was in the compound".

"I appreciated Joe's willingness to buck the prevailing mood and ask tough questions, often in the interest of giving me the space I needed for my own internal deliberations," Obama wrote.