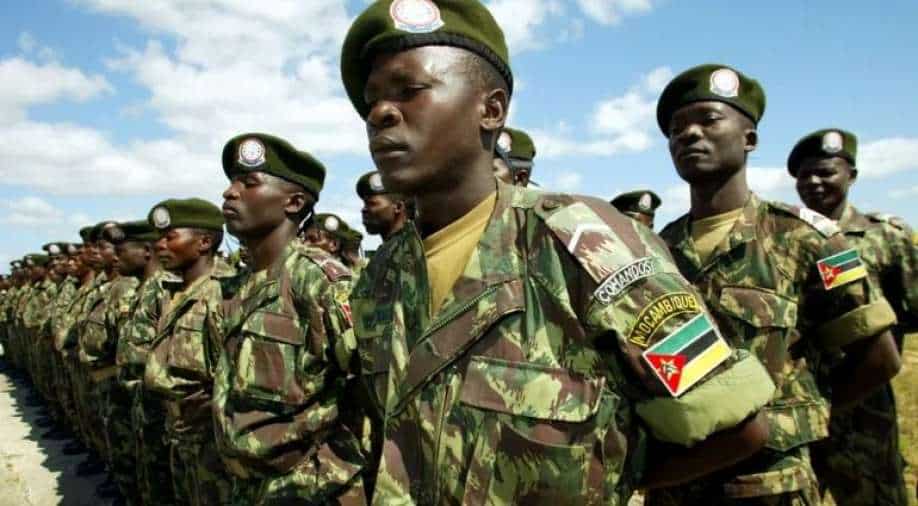 A shadowy jihadist group has wreaked havoc in the northern Cabo Delgado region since 2017, targeting villages and towns in a bid to establish an Islamist caliphate

Islamist militants in Mozambique killed two dozen soldiers in an ambush attack, military sources told AFP, a significant show of force against the military's struggle to quell an insurgency in the north.

A shadowy jihadist group has wreaked havoc in the northern Cabo Delgado region since 2017, targeting villages and towns in a bid to establish an Islamist caliphate.

The insurgents grew bolder this year and took control of large swathes of territory which the army has so far failed to regain.

Militants ambushed a group of soldiers driving through the district of Muidumbe on Sunday and opened fire on the group, killing at least 25.

Two military sources only confirmed the attack in recent days on condition of anonymity.

"The terrorists let the military cars into an area of dense forest and then opened fire with heavy weapons... causing huge casualties in our forces," a senior military official told AFP on Thursday in the capital Maputo.

"We had 25 men killed and dozens more injured," he said, adding that the attackers retreated back into the forest after the assault.

A second military official confirmed the ambush on Friday and said that attacks with that high a number of casualties have become more common.

"It is strange how the terrorists have accurate information about the movement of the government forces," said the official, who is based the Cabo Delgado district of Palma.

"Attacks like this... profoundly affect the morale of the troops," he said.

It has become increasingly difficult to communicate with Cabo Delgado as militants have destroyed several telephone lines.

Mozambique's government is also wary of bad publicity and sources are reluctant to speak to the media.

The army is still fighting to retake the key port town of Mocimboa da Praia, which the insurgents seized in August.

The town is around 60 kilometres (37 miles) south of multi-billion-dollar gas exploration projects off the Afungi peninsula.

Details about the militants are sketchy. They call themselves Al-Shabab but have no known link to the group of that name operating in Somalia.

Last year, they pledged allegiance to the Islamic State group.

At least 10 of Cabo Delgado's 17 districts have been affected by the violence, according to the Armed Conflict Location & Event Data (ACLED) group, despite a beefed-up military presence in the area.

ACLED has also documented more than 2,300 deaths, at least half of them civilians.

Mozambique's government estimates that more than 500,000 people have been displaced by the unrest.

The United States this week vowed to help the southeast African country tackle the insurgency and called for more international cooperation to end the violence.