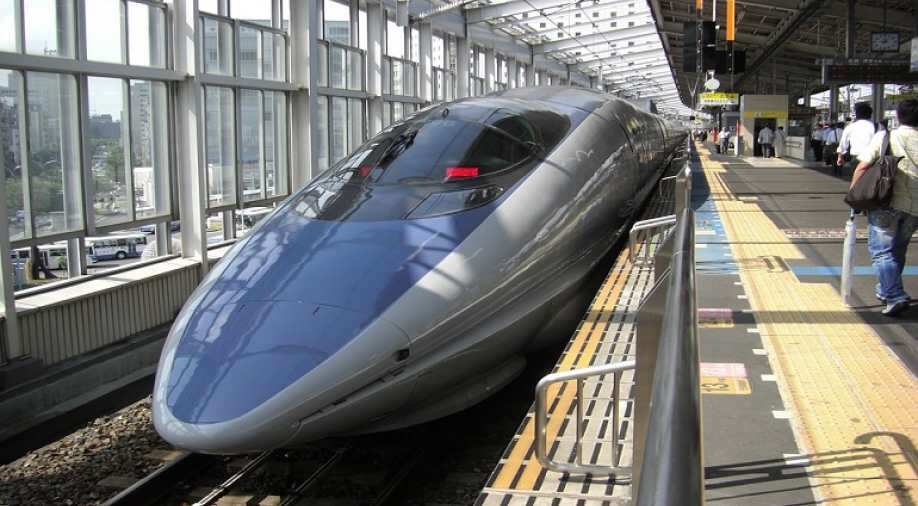 The train, which was transporting 160 passengers, ran at 150 kilometres an hour for three minutes, while the driver was away

Authorities realised something was not right when Japan’s bullet train, which is known for always being on time, reached one minute late.

After a quick investigation, they learned that the train was a minute late as the driver of the speeding train had to urgently answer nature's call.

During the investigation, the driver admitted that he felt a strange pain in his lower abdomen and realised he would have to run to the toilet. He handed over the controls of the speeding train to an untrained conductor to answer nature's call.

The train, which was transporting 160 passengers, ran at 150 kilometres an hour for three minutes, while the driver was away.

While the bullet trains are mainly computer-controlled, the driver is needed to manually brake or accelerate the train to make sure the passengers on board remain safe and the train runs on schedule.

The driver’s absence would have gone unnoticed, if it wasn’t for that one minute late arrival of the train, which was flagged to his supervisors.

As per protocol, the driver is expected to co-ordinate with the command centre and turn over the controls to a qualified conductor who can handle the control system of the train while the driver is away. An alternative to this is to stop the train for a few minutes at the nearest station.

However, the driver did not take any of these options as he "didn't want to cause a delay by stopping the train".

When asked why he did not report the incident to his seniors, he said, "I didn't report it because it was embarrassing".