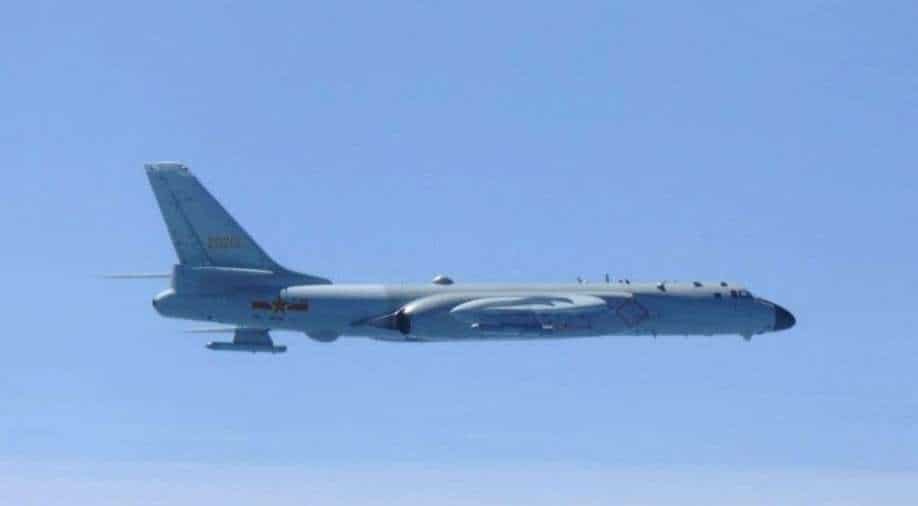 A Chinese H-6 bomber flies over East China Sea in this handout picture taken by Japan Air Self-Defence Force and released by the Joint Staff Office of the Defense Ministry of Japan May 24, 2022. Photograph:( Reuters )

Notably, it was the fourth time since November that long-distance joint flights by Russia and China had been spotted near Japan

Japanese Defence Minister Nobuo Kishi on Tuesday (May 24) said that Chinese and Russian fighter jets carried out joint flights near Japan as leaders of the Quad group (Japan, the US, India and Australia) met in Tokyo. The incident is deemed provocation by China and Russia as it happened when US President Joe Biden, Indian Prime Minister Narendra Modi and Australia's newly elected leader Anthony Albanese visited the Japanese capital at the invitation of PM Fumio Kishida. During the summit and bilateral talks, the Quad leaders stressed their determination to ensure a free and open Indo-Pacific region despite an increasingly assertive China.

Kishi also said that a Russian reconnaissance plane also flew over the open sea from the northern island of Hokkaido to the Noto peninsula on Japan's main island.

Although, the defence ministry told AFP that the planes did not breach territorial airspace. Notably, it was the fourth time since November that long-distance joint flights by Russia and China had been spotted near Japan, AFP reported.

WATCH | Exclusive conversation with Shinzo Abe: 'I have always been an advocate of QUAD collaboration'

Meanwhile, both, Russia and China, confirmed that they conducted a joint patrol. As per the Russian defence ministry, the patrol lasted 13 hours over the Japanese and East China seas. The Chinese defence ministry said that the exercise was part of an "annual military cooperation plan."

A statement from the Chinese ministry of defence said: "On May 24, both countries' air forces organised and carried out a routine joint strategic mid-air patrol in the airspace above the Sea of Japan, East China Sea and Western Pacific maritime areas."