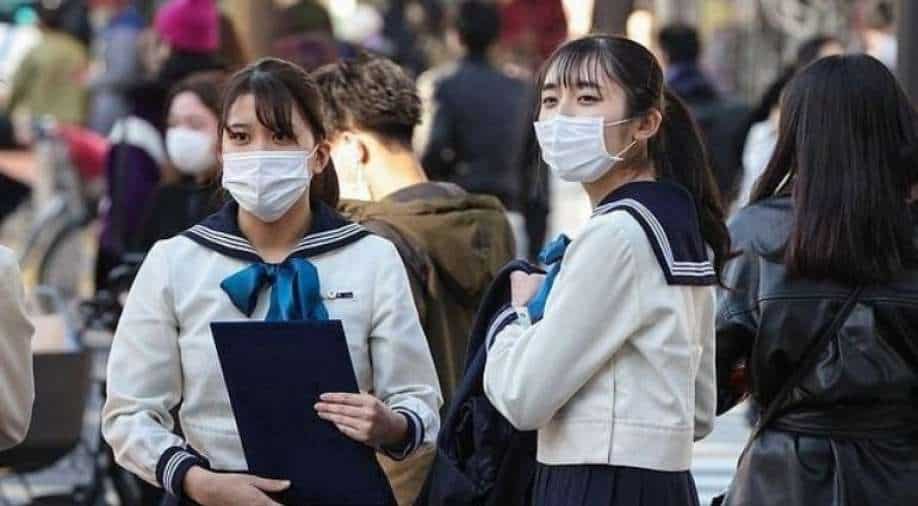 Japan's schools have strict rules about hair colour, accessories, make-up and uniforms, including the length of skirts for girls

Japanese schools have banned female students from wearing their hair in ponytails as they fear the “nape of their necks” could “sexually excite” male students.

“I’ve always criticised these rules, but because there’s such a lack of criticism and it’s become so normalised, students have no choice but to accept them.”

“Because if the two-block (undercut) is OK, then some students might start saying the mohawk should be OK,” Sugiyama explained.

“Many schools ignore notices that aren’t legally binding or that don’t have penalties,” he added.

Japan's schools have strict rules about hair colour, accessories, make-up and uniforms, including the length of skirts for girls.

Nearly half of Tokyo high schools ask students with hair that is wavy or not black to submit certificates confirming that their hair is not artificially altered, public broadcaster NHK has reported.

Of 177 high schools run by the Tokyo Metropolitan government, 79 ask for these certificates signed by parents.

Tokyo’s board of education told NHK that the hair certificates are not compulsory. But the broadcaster said only five of the 79 schools make it clear in writing that students aren’t required to submit them.

In June last year, outcry from students and parents over these rules prompted the Japanese government to ask all prefectural boards of education to revise draconian school rules.

The harsh regulations, known as buraku kōsoku or “black rules,” have roots dating back to the 1870s when the Japanese government first established increasingly restrictive system of education in an attempt to reduce bullying and violence in schools.