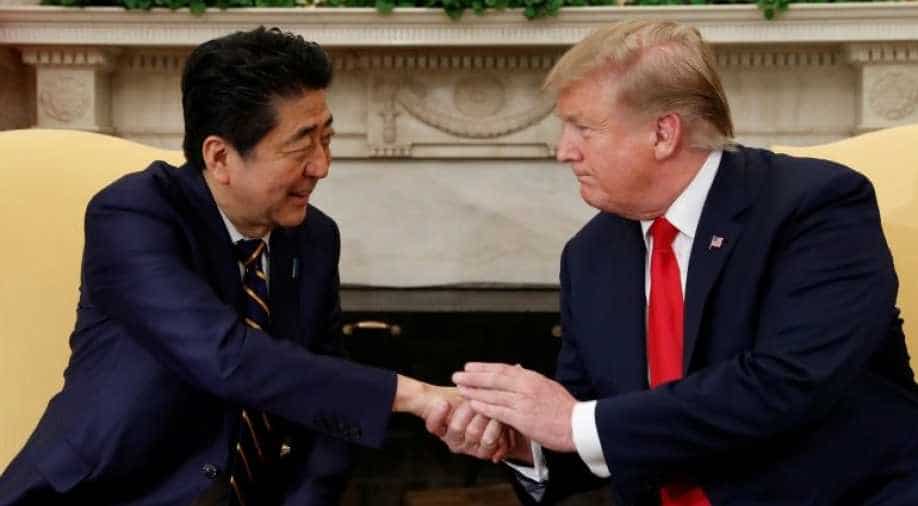 Trump's government is trying to renegotiate trade agreements with major economies, including Japan, to lower the US trade deficit and address what it sees to be unfair trade practices.

Trump's government is trying to renegotiate trade agreements with major economies, including Japan, to lower the US trade deficit and address what it sees to be unfair trade practices.

After Trump met Prime Minister Shinzo Abe on Monday, he told reporters he expected the two countries to be "announcing some things, probably in August, that will be very good for both countries" on trade.

However, at a regular cabinet meeting, Motegi told reporters, "When you look at the exact wording of his comments, you can see that the president was voicing his hopes of swift progress in talks toward something that is mutually beneficial."

Japanese officials have denied that the two countries had agreed to reach a trade deal by August.

Motegi, who is in charge of trade talks, said his meeting in Tokyo last week with US Trade Representative Robert Lighthizer made clear there were differences in views that needed to be ironed out in future negotiations.

"We've agreed that we'll strive to narrow the gap, including through possibly holding working-level talks," Motegi said, adding that no timetable had yet been set for future talks.

The United States is in the middle of an expensive trade war with China, and trade tension is also simmering with Japan and the European Union.