Jamaican athlete thanks Tokyo 2020 volunteer who paid his taxi money 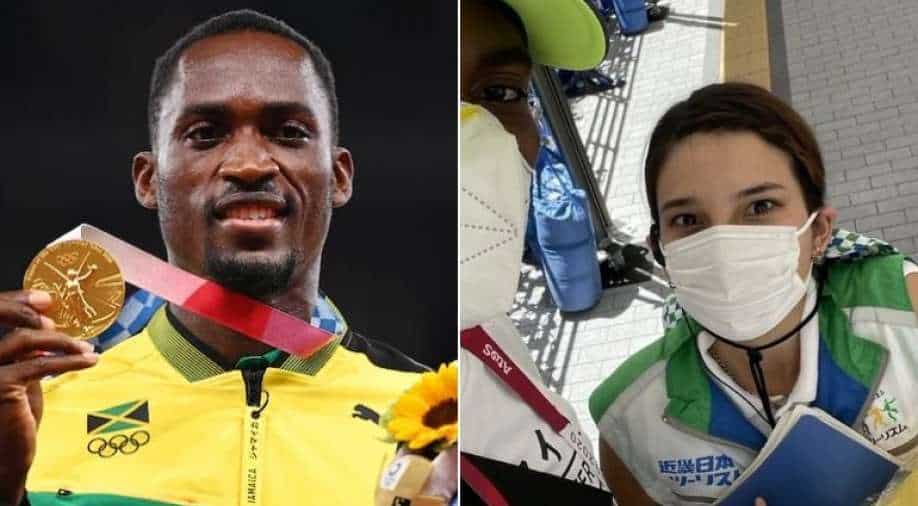 Hansle Parchment thanks Tokyo 2020 volunteer who helped him reach on time. Photo courtesy: Twitter and Reuters Photograph:( Others )

A Jamaican Olympic athlete has won praise for his heartfelt thanks, but it is truly the Tokyo Olympics volunteer who has won hearts for her act of kindness.

Hansle Parchment, a gold winner in Tokyo 2020 Olympic Games recently posted a video in which he narrated the events of the day of his race and told the world how he almost missed his event.

Jamaican hurdler boarded the wrong bus on the day when he had to compete in the 110m hurdles final. He ended up reaching the wrong venue, which he believes might have been the place for an aquatic event. As he looked around for ideas, he faced disappointment as all the official Tokyo 2020 cars were pre-booked.

Always be kind to each other 🙌🏾 pic.twitter.com/j1XvHRta4G

Parchment was very sure that he would miss his race if he took a bus back to the Olympic village and then took another bus to the right stadium.

"If I had done that, I wouldn’t get there in time to even warm up. I had to find another way. I was trying to get one of the branded cars for the Games to take me, but these people are very strict and adhering to the rules, and I would have to have to book the car from beforehand to get it to leave," he explained in the video.

While he was thinking about how to reach the venue on time, he met a volunteer named Tiana, and even though she was not allowed to do much, she lent him some money for a cab directly to the venue. "I saw this volunteer and I had to beg, ‘cause of course she is not allowed to do much, and she actually gave me some money to take one of the taxis. And that’s how I was able to get to the warm-up in time and had enough time to compete," Parchment said.

After winning the race, Parchment went back to meet the volunteer and thanked her by showing his medal and getting her a t-shirt. "You were instrumental in me getting to the final that day," he told her.