Jakarta court to decide if Christian gov is guilty of blasphemy 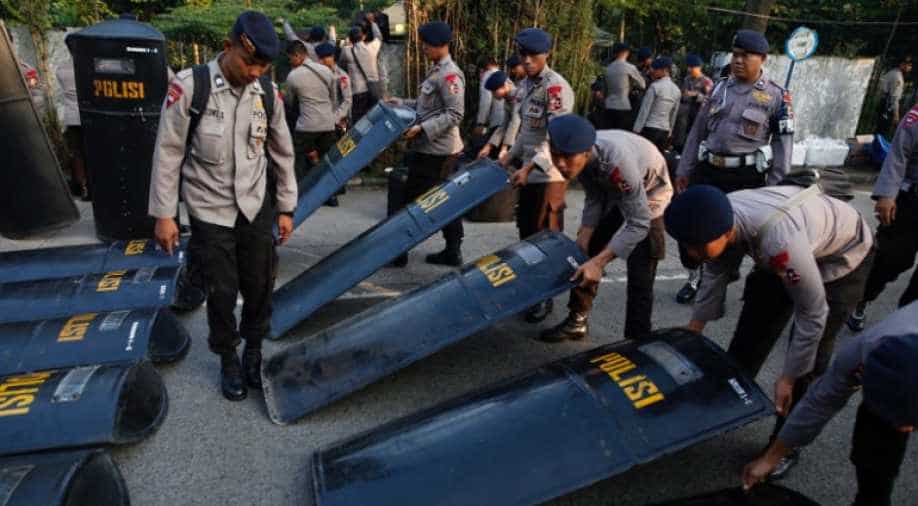 Police prepare their equipment near the court ahead of the verdict. Photograph:( Reuters )

An Indonesian court is expected to decide on Tuesday whether Jakarta’s Christian governor is guilty of blasphemy against Islam, in a trial that is widely seen as a test of religious tolerance in the world's largest Muslim-majority nation.

Hundreds of members of hardline Islamist groups gathered outside the south Jakarta courtroom amid a heavy security presence, calling for governor Basuki "Ahok" Tjahaja Purnama to be given the maximum penalty possible over comments he made that they believe insulted the Islamic holy book, the Koran.

The government has been criticised for not doing enough to protect religious minorities but President Joko Widodo, a key ally of Purnama's, has urged restraint over the trial and called for all sides to respect the legal process.

Thousands of police have been deployed in the capital in case clashes break out between Purnama's supporters and opponents who have demanded he be sacked and jailed.

"Both groups will have the opportunity to demonstrate, but we are taking steps to prevent clashes," said national police spokesman Setyo Wasisto.

Purnama lost his bid for re-election in an April run-off - after the most divisive and religiously charged election in recent years – to a Muslim rival, Anies Baswedan.

He will hand over to Baswedan in October.

Prosecutors have called for a suspended one-year jail sentence for Purnama on charges of hate speech. His opponents believe that is too light. The maximum sentence is four years in prison.

"Ahok will be jailed because he insulted religion," read one of many anti-Purnama posts on the Facebook account of the Islamic Defenders Front (FPI), a conservative Islamic group instrumental in organising mass protests against Purnama as he sought re-election.

"Balloons and flowers will be useless," the post added, referring to a recent outpouring of sympathy from supporters of the ethnic Chinese, Christian incumbent governor after he lost the April election.

His supporters delivered thousands of red and white balloons to City Hall ahead of Tuesday's court session.

Purnama has denied wrongdoing, though he apologised for comments he made last year criticising his opponents' use of the Koran in political campaigning.

The tensions whipped up during the Jakarta election have raised concerns about the rising influence of Islamist groups in Indonesia, which is home to sizeable communities of Buddhists, Hindus, Christians and people who adhere to traditional beliefs.

The government said on Monday it would take legal steps to disband Hizb ut-Tahrir Indonesia (HTI), a group that seeks to establish an Islamic caliphate, because its activities were creating social tensions and threatening security.