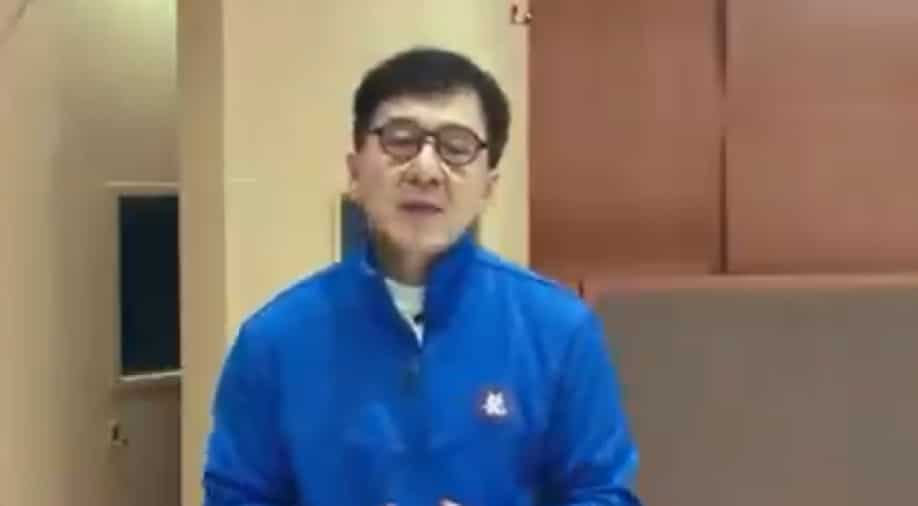 Actor Jackie Chan -- perhaps the only Chinese actor famous in India -- has released a video delivering a message of peace and love to the Indians in fight against the pandemic.

Facing an increasing global backlash over the spread of the coronavirus pandemic, China it seems is going on a charm offensive to repair its image.

Actor Jackie Chan -- perhaps the only Chinese actor famous in India -- has released a video delivering a message of peace and love to the Indians in fight against the pandemic.

The video was shared on Twitter by the Chinese Ambassador to India.

Countries across the globe have since been questioning China's role in the spread of the deadly virus. The country is being accused of not sharing information on the novel coronavirus in a transparent way.

Chinese diplomats have also not been of much use. Because all they have done is ruining it more for their country.

To this end, Sun Weidong, Chines Ambassador to India, on Tuesday shared a video of Jackie Chan on Twitter in which he is wishing Indians a bright future.

Chan starts with ‘namaste’ and asks everyone to remain positive and strong. He signs off the video with another ‘namaste’.

This campaign of China's may not be a big hit in India -- especially in the face of the growing displeasure in the world.

In many cases, the campaign has in fact backfired.

In Britain, a parliamentary committee made an appeal to the government, accusing China of running a disinformation campaign.

The European Union, on the other hand, on two separate occassions ended up making concessions to China.