It's all about him: John Bolton criticises Trump's statement on Russian bounties 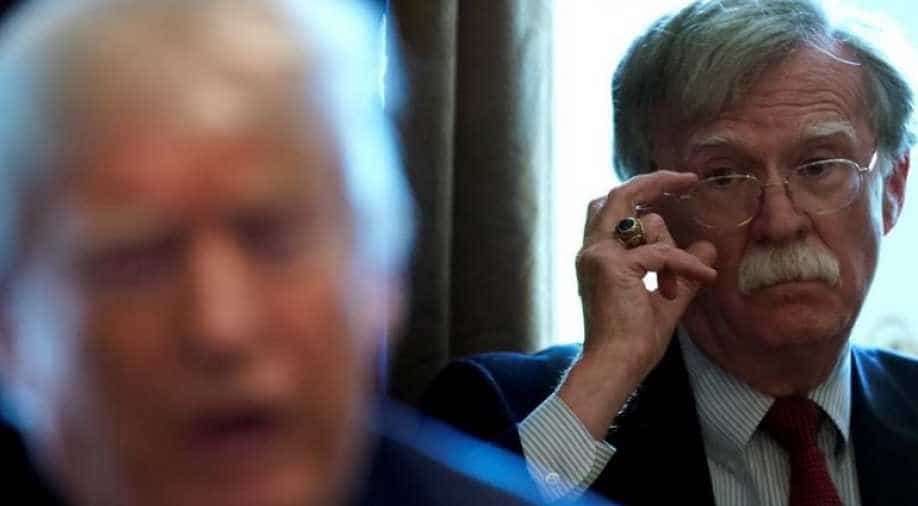 'It is pretty remarkable the President's going out of his way to say he has not heard anything about it.,' John Bolton said.

After Donald Trump and White House claimed that the the President and the Vice President, Mike Pence, were not briefed on the Russian bounty case, John Bolton has criticised Trump's statement.

"...Nobody’s been tougher on Russia than the Trump Administration. With Corrupt Joe Biden & Obama, Russia had a field day, taking over important parts of Ukraine - Where’s Hunter? Probably just another phony Times hit job, just like their failed Russia Hoax. Who is their “source”?," Trump had tweeted.

Nobody briefed or told me, @VP Pence, or Chief of Staff @MarkMeadows about the so-called attacks on our troops in Afghanistan by Russians, as reported through an “anonymous source” by the Fake News @nytimes. Everybody is denying it & there have not been many attacks on us.....

"It is pretty remarkable the President's going out of his way to say he has not heard anything about it. One asks, why would he do something like that?," said John Bolton, Trump's former National Security Advisor (NSA), and present nemesis.

White House and Trump's statements of clarification came after New York Times, a national top-selling newspaper, reported that the intelligence service had informed the President about Russia secretly offering bounties to Afghanistan to kill the US soldiers, but Trump had failed to take any action.

"The fact that the President feels compelled to tweet about the news story here shows that what his fundamental focus is, is not the security of our forces, but whether he looks like he was not paying attention. So he is saying well nobody told me, therefore you cannot blame me," Bolton said.

John Bolton has come up with a tell-all book on his White House days -- 'The room where it happened: a White House memoir'.

As the title suggests, this book is a first-hand account of everything that happened inside the White House, and has become the centre of controversy as the Trump administration has tried, on multiple occasions, to suspend the publication of the book.