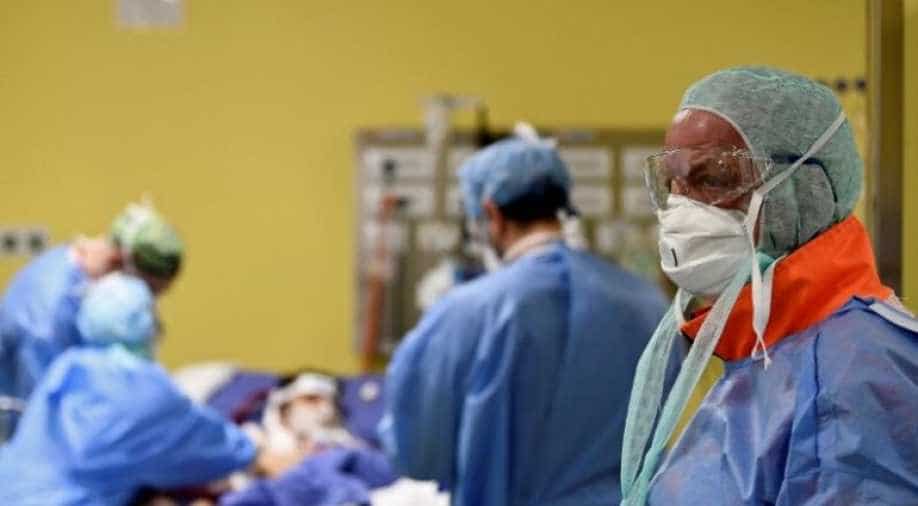 Italy's recorded 919 deaths from coronavirus on Friday, the highest daily toll anywhere in the world, while the number of confirmed cases eclipsed the total in China where the virus first emerged.

Italy was the first Western country to introduce swingeing restrictions on movement after uncovering the outbreak five weeks ago. It has tightened them week by week, banning all non-essential activities until at least next Friday.

Yet only the United States has now recorded more cases, while Italy has suffered almost twice as many deaths as any other nation.

"We haven't reached the peak and we haven't passed it," the chief of the Superior Health Institute, Silvio Brusaferro, told reporters before the data was released.

Nonetheless, he said there were "signs of a slowdown" in the numbers of infections, which slipped from the previous 24-hour period.

"When the descent begins, how steep it is will depend on our behaviour," Brusaferro said.

Franco Locatelli, head of the council advising the government on health matters, said the existing restrictions on movement were likely to be extended beyond the hoped-for end date of April 3:

"If I had to decide using today's data, I believe it is inevitable these measures will be prolonged."

Schools and universities were among the first places to be shut down, closing nationwide on March 5. Education Minister Lucia Azzolina said the closure would have to be extended past April 3.

"Our aim is to ensure that students return to school only when we are completely sure that it is safe," she told the state broadcaster RAI.

The northern region of Lombardy, centred on the financial capital Milan, has accounted for 43% of Italy's known cases and 59% of deaths.

Also read: 'Help us': After deaths on coronavirus-hit ship, guests clamour to leave

Once again, the city of Bergamo saw the most new cases on Friday - 602 - with Milan in second place with 547. However, the region as a whole saw a slight dip.

"The infection rate is not growing and I think it is about to fall," said Lombardy Governor Attilio Fontana.

He said testing was being expanded, with people now having to present only a single coronavirus symptom to be swabbed, rather than at least two.

In an open letter, more than 300 doctors and scientists called on the government to let them use their own laboratories to speed up testing and identify the mild and asymptomatic cases that are currently going undetected.

At present, only a few, specialist labs are checking swabs, severely restricting the number of tests and information the true extent of the epidemic.

"In Italy there is an extraordinary community of researchers who could contribute immediately and very significantly and at zero cost to the current emergency situation," they said.

There was no immediate response from the Health Ministry.

The national federation of doctors, surgeons and orthodontists said on Friday that 46 of their colleagues had died so far, many of them family doctors in northern towns and cities.