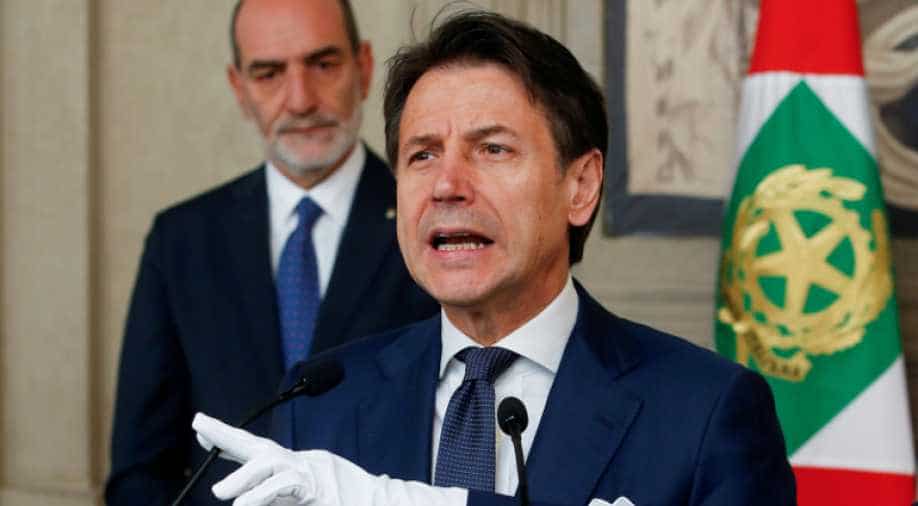 Italian Prime Minister Giuseppe Conte named two new ministers on Saturday to replace his education minister who resigned this week and outlined an ambitious agenda for next year including reform of the justice system and state bureaucracy.

In a three-hour year-end news conference, Conte accused right-wing opposition leader Matteo Salvini of "insidious" political behaviour and appealed for unity from the fractious coalition backing his own government.

"Politics doesn't need conflicts. Polemics and marking out our differences don't help us," Conte said in reference to the frequent bickering between the 5-Star Movement, the centre-left Democratic Party (PD) and smaller centrist and leftist parties.

Filling the gap left after Education Minister Lorenzo Fioramonti from the anti-establishment 5-Star Movement quit on Wednesday complaining of insufficient funding, Conte said he was dividing the ministry into two.

He named Lucia Azzolina, also from 5-Star and previously Fioramonti's junior minister, as the new minister for schools, and named a non-party technocrat Gaetano Manfredi, the rector of Naples University, as minister for universities and research.

Three 5-Star senators quit this month to join Salvini's League party and some politicians say other lawmakers from the increasingly divided movement are ready to join a new parliamentary group led by Fioramonti but loyal to Conte.

The prime minister said if any such moves were afoot he disapproved of them and had nothing to do with them.

"I don't want parliamentarians using my name to form a new group that would only make the government less stable," he said.

Conte, an unaffiliated technocrat, was originally close to 5-Star but has received growing praise from the PD since the government was formed in September, and he is now sometimes tipped as a future centre-left leader.

Conte said he would meet with the ruling parties in January to detail priorities for 2020, promising an overhaul of the state bureaucracy that was sure to meet with opposition but would make the system more efficient.

"A lot of people won't be happy," he said. "When you tell a public department to do in 30 days what it has been doing in 60 this creates resistance."

Among the government's first hurdles is a justice system reform, which sees Conte in the difficult role of arbiter between 5-Star and the PD.

A reform championed by 5-Star to relax time limits on the prosecution of crimes is due to kick in from January, but it is opposed by the PD which says defendants would face years of legal uncertainty while their trials continue interminably.

Conte said the dispute would be resolved thanks to new rules to be unveiled soon that would streamline the justice system and "ensure trials are completed within a reasonable time."