'It only works if both parties comply': US prepares to pull out from INF treaty with Russia 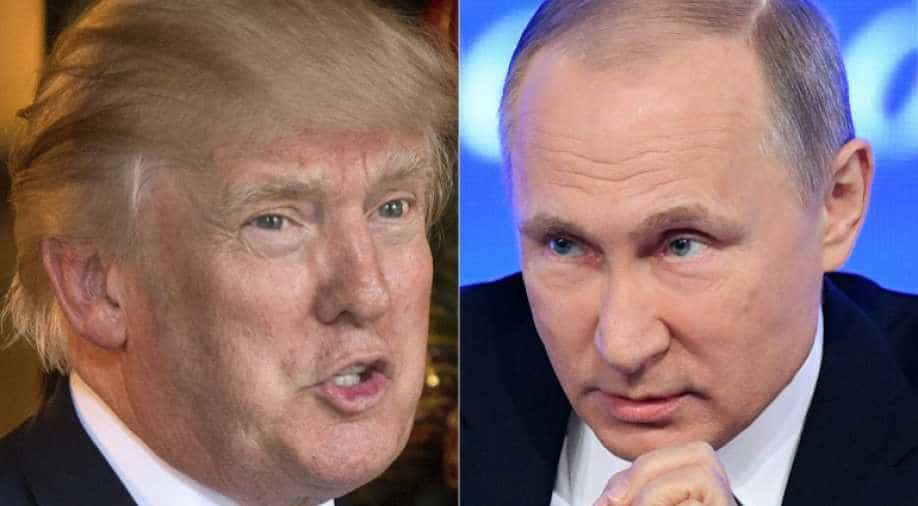 Washington formally launched the procedure of leaving the treaty on February 1 -- a six-month process.

The treaty - concluded by then US president Ronald Reagan and Soviet leader Mikhail Gorbachev in 1987 -- limited the Cold War powers' medium-range missiles, both conventional and nuclear.

Earlier this year, US President Donald Trump's administration announced its intention to ditch the agreement, accusing Moscow of repeatedly violating its terms - a charge Russia denied.

"I think the INF Treaty has served us well, but it only works if both parties comply," new US Defense Secretary Mark Esper said recently.

"The United States will remain in compliance with all of our obligations until August 2nd -- and after that point in time, we will continue to pursue what is in our best interest," he told lawmakers.

Washington formally launched the procedure of leaving the treaty on February 1 -- a six-month process.

Unless something changes in the coming days, the mutual withdrawal will spell the end of the deal, which eliminated a range of missiles with ranges of 500 to 5,500 kilometers (310-3,420 miles).

That paved the way for the mothballing of Russian SS-20 missiles and American Pershing missiles deployed in Europe.

Even if European nations have expressed concerns about the consequence of a new arms race, NATO endorsed the US position, saying Russia's 9M729 missile had violated the INF agreement.

Moscow insists the new projectile has a maximum range of 480 kilometers -- within INF parameters.

In the end, the death of the INF Treaty suits Washington just fine, as former defence secretary Ash Carter said in early July.

"From the military point of view, not the political point of view, it's not so bad," Carter said at a conference at the Council on Foreign Relations.

"We can make good use of what we call conventional prompt strike."

The Pentagon is thrilled that it will now be able to modernise its arsenal to counter the mounting might of China, which is looking to assert its military supremacy in Asia.

"Most of China's inventory is of intermediate range missiles and so we need to make sure we have the capability as well to respond should we -- God forbid -- get in a fight with them one day," Esper said.

The United States has pledged not to deploy new nuclear-armed missiles in Europe, but made no such promise on the deployment of conventional weapons.

Advances in technology have allowed for the development of mid-range missiles that are much more precise than those made 30 years ago, explained career diplomat William Courtney, who is now a senior fellow at the nonprofit, nonpartisan Rand Corporation.

"The technology has changed so much that is makes it militarily attractive," said Courtney, an arms control expert.

For Thomas Mahnken, a professor of strategic studies at Johns Hopkins University's School of Advanced International Studies, the US must now deploy medium-range conventional weapons on its islands in the Pacific and other territory controlled by its allies.

Such a move would help counter China's rise, especially in the South China Sea, where the People's Liberation Army has effectively commandeered several disputed islands.

"It is time to turn the tables," Mahnken said in a commentary published on the specialist website War on the Rocks.

"Such weapons, capable of denying China the use of littoral waters, would be a powerful deterrent to Chinese aggression."

Such a move seems to have the support of the next chairman of the US joint chiefs of staff, General Mark Milley.

When asked by US senators about the imminent demise of the INF Treaty, he said he supported the deployment of conventional ground-based medium-range missiles in the Indo-Pacific region.