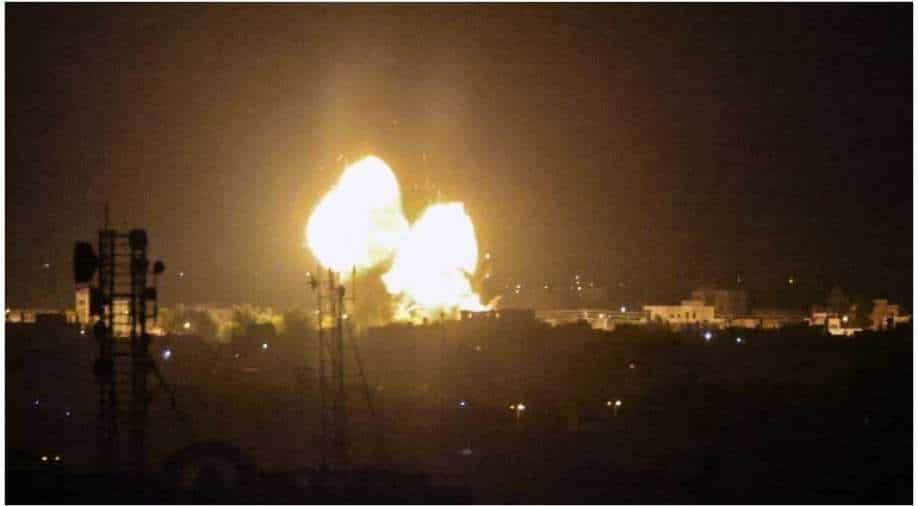 A fireball rises following an air strike inRafah in the southern Gaza Strip, in early time on September 13, 2021. Photograph:( AFP )

Israel said it was responding to a rocket attack from Gaza

Israel carried out airstrikes at militant sites in Gaza Strip in early hours of Monday. It said that it was responding to launches of rockets from the strip to Israel.

The airstrikes targeted four facilities used by Hamas militants for military training and include a weapons factory and storage, the Israeli military said, blaming the group for any act of violence emanating from Gaza.

There were no immediate reports of casualties.

Tensions between Israel and Palestine are raised due to ongoing difficulty in reaching long-term cease-fire following the war in May.

Egypt has been making efforts to broker an agreement.

Hamas has demanded end to economic blockade by Israel while Israel wants Hamas to free two Israeli civilians and return the remains of two dead Israeli soldiers it is holding.

Israel and Hamas have also not been able to agree upon a system for allowing Qatar to deliver welfare payments to thousands of Gaza families.