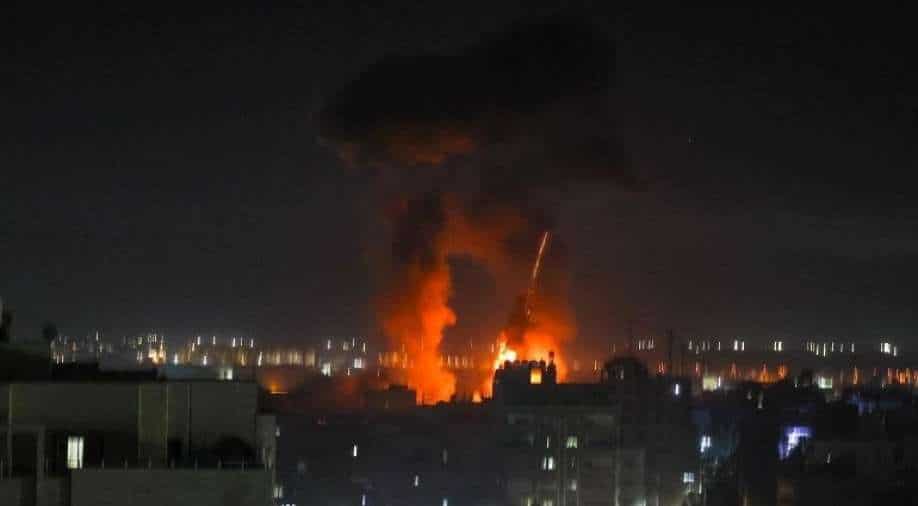 In response to Palestinian actions, Israeli jets launched airstrikes in Gaza overnight (from Thursday to Friday), the army said.

Have a look | Explosions light up night sky in Gaza city

"Over the past day, arson balloons were launched from the Gaza Strip into Israeli territory," Israel’s military said in a statement. "In response... fighter jets struck military compounds and a rocket launch site belonging to the Hamas terror organisation."

These balloons are not harmless and are used to set farmland and bush around Gaza on fire. Israel forces launched a small retaliatory strike in the early hours of Wednesday. The second wave of airstrikes were launched overnight Thursday to Friday as the balloons from the Palestinian side continued.

Also read | Israel strikes Gaza, first time under the new government and after the ceasefire

After the strikes, the Israel army chief, Aviv Kohavi, has ordered the forces to "increase the IDF's (Israeli Defense Forces') readiness and preparedness for a variety of scenarios including a resumption of hostilities."

The strikes made this week were the first under the leadership of Israel’s new Prime Minister, Naftali Bennett.