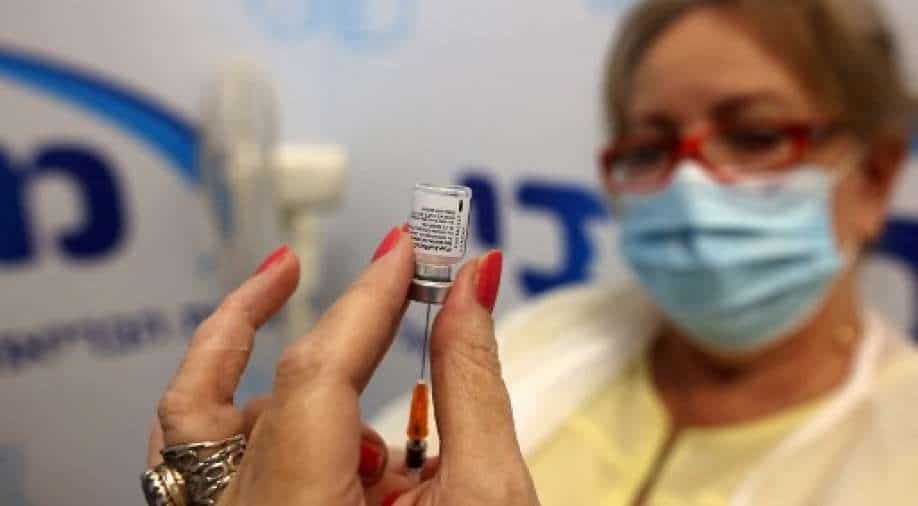 The decision comes after Israel announced a slew of restrictions to curb the spread of Omicron strain Photograph:( AFP )

At a time when some countries are planning to roll out a third booster dose, Israeli Prime Minister Naftali Bennett has announced that people over the age of 60 and medics would be given a fourth booster jab to protect against the fast-spreading Omicron variant.

The decision comes after Israel announced a slew of restrictions while avoiding a lockdown to curb the spread of the virus. The country has detected 175 cases of the new strain.

“The citizens of Israel were the first in the world to receive the third dose of the COVID-19 vaccine and we are continuing to pioneer with the fourth dose as well,” the Guardian quoted Bennet as saying on Tuesday.

Also read | We should be concerned about omicron, not panicked: Biden

The Israeli prime minister urged all those who meet the criteria to “go and get vaccinated.”

A statement from the health ministry noted that apart from the elderly and medical staff, the immunodeficient people will also be eligible for the fourth shot, which would be administered at least four months after the third jab.

Bennett’s remarks came following a meeting of the country's ministerial coronavirus cabinet which convened amid growing concern over the spread of the Omicron variant.

Israel's decision also comes close on the heels of the first known death in the country due to the Omicron strain. Soroka Hospital, located in the southern city of Beersheba, said a man in his 60s died Monday, two weeks after he was hospitalised. It said the man had suffered from pre-existing health issues but gave no further details.

Earlier Tuesday, lawmakers banned citizens and residents from US travel, adding it to a list of more than 50 countries declared off-limits in an effort to contain the Omicron coronavirus variant.

The ban comes into effect Wednesday and will remain in force for at least a week, Gal added.