We should be concerned about omicron, not panicked: Biden 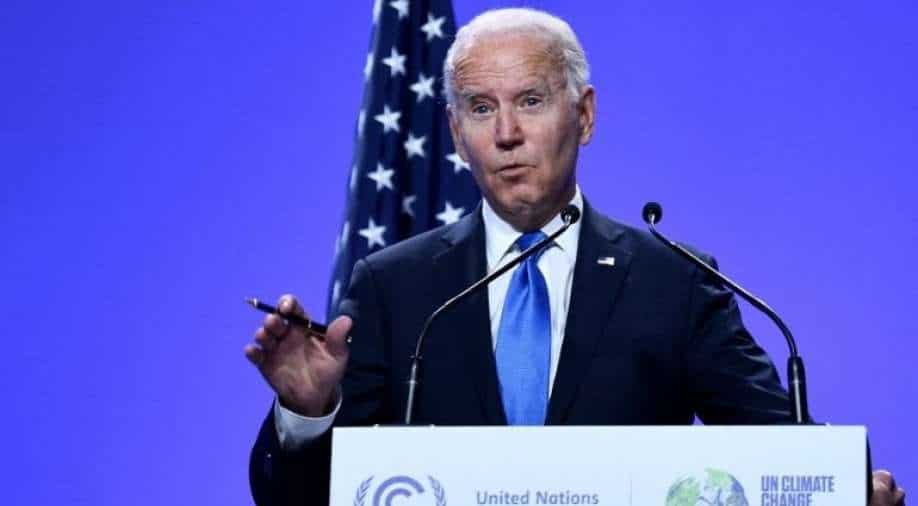 Joe Biden formally announced a raft of new measures to combat the winter surge -- including shipping half a billion at home tests.

US President Joe Biden on Tuesday attempted to strike a balance between informing Americans about the impending surge of omicron infections while simultaneously attempting to persuade the public to take safeguards.

During talks at the White House, Biden announced a plan to enhance testing, speed up the vaccine programme, and boost the capacity of hospitals that may be overburdened in the coming weeks.

He made it clear that, despite the fact that infections are on the rise, the country is in much better condition than it was a year ago.

"We should all be concerned about omicron, but not panicked," Biden said, emphasising that vaccinated individuals, especially those with a booster shot, are "highly protected" against the virus.

"This is not March of 2020," he continued. "Two hundred million people are fully vaccinated. We're prepared, we know more. We just have to stay focused."

Also Read: Within a week, Omicron strain increased from 3% to 73% of US COVID-19 cases

The first will be set up this week in New York City.

He also stated that the administration intends to purchase 500 million fast COVID-19 tests to give away to everybody in the United States who requests one.

However, the tests won't be accessible until January, and administration officials said they're still ironing out the details, such as the look of the website where the tests may be obtained.

Watch: Omicron variant has spurred a new wave of infections in the US

Omicron accounted for 73.2 per cent of new US cases over the past week ending Saturday, according to the latest official data.

The European Medicines Agency (EMA) said it was too early to decide if drug companies needed to produce an Omicron-specific vaccination due to concerns that vaccinations might not be as effective against the highly mutated version.

Biden emphasised that the US vaccination effort would help prevent serious cases among the 62 per cent of the people who are now fully vaccinated, while criticising those who are not for failing to do their "patriotic duty."