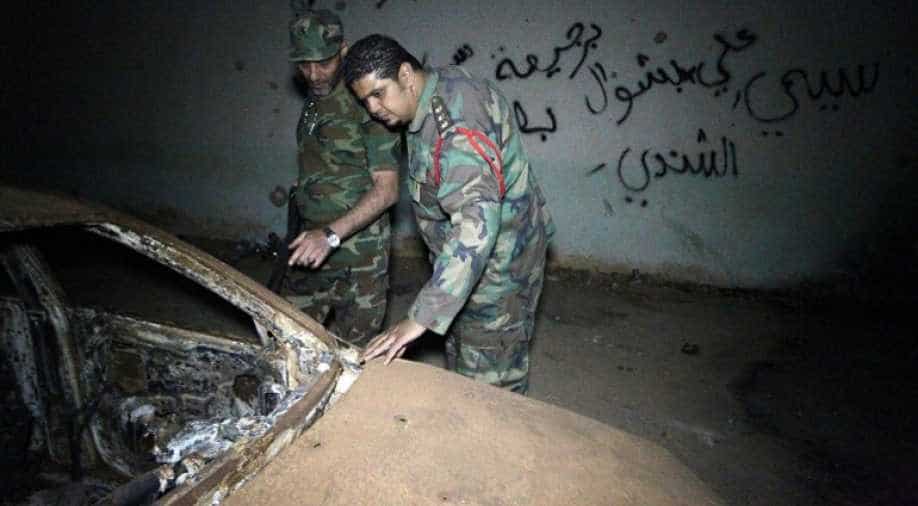 The attack took place in the district of Ganfouda, one of the last districts not in control of the Libyan National Army whose leader Khalifa Haftar has been waging a war in Benghazi for the past two years against Islamists. (Representative Image) Photograph:( AFP )

Libyan security and health officials say a suicide bomber has killed eight army troops near the eastern city of Benghazi.

The officials spoke on condition of anonymity because they aren't authorised to talk to reporters.

The Islamic State group claimed responsibility for the bombing in a statement circulated online.

Army spokesman Ahmed al-Mosmari says a push to retake the district is in "its last stage, and terrorist group leaders are besieged inside."

Ganfouda is one of the last two extremist-held areas in the east besieged by Libyan army troops that answer to Field Marshal Khalifa Hifter, who backs Libya's last elected parliament against rival militias loyal to the UN-backed government based in Tripoli.