'Is World War III': We will not fight a war against Russia in Ukraine, says Biden 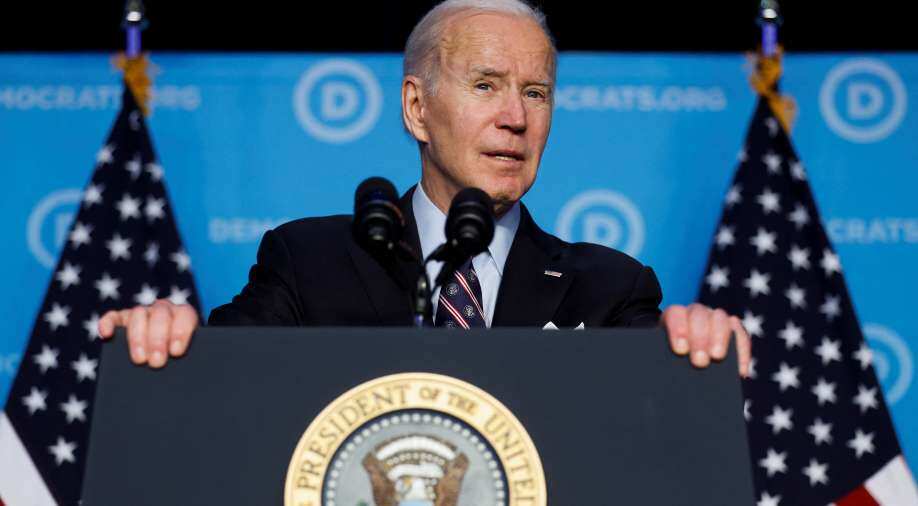 Biden announced new sanctions on Russian vodka, seafood, diamonds on top of other sanctions already in place against Russia.

US President Joe Biden on Friday lashed at Russia asserting that Putin's regime will pay a "severe price" if it used chemical weapons against Ukraine.

"We will not fight a war against Russia in Ukraine. Direct confrontation between NATO and Russia is World War III -- something we must strive to prevent," Biden said.

Biden announced new sanctions on Russian vodka, seafood, diamonds on top of other sanctions already in place against Russia.

"The ban targets goods from several signature sectors of the Russian economy," Biden said. The US president further said the United States and its allies will strip Russia of its "most favoured nation" trade status.

"The United States and our allies and partners continue in lockstep to ramp up the economic pressures on Putin and to further isolate Russia on the global stage," Biden said.

Watch: No fast membership for Ukraine in near future, says EU

The move comes as the UK sanctioned 386 Russian lawmakers in the Duma, the lower house of parliament. PM Johnson's government forbade Russian parliamentarians to enter the UK and barred them from holding assets in the country.

"We will not let up the pressure and will continue to tighten the screw on the Russian economy through sanctions," UK foreign secretary Liz Truss said even as a slew of sanctions have been imposed on Russia after President Putin announced "special military operation" against Ukraine on February 24.

Also Read in Pics: Ukraine then and now, images from 1970s and after Russian invasion