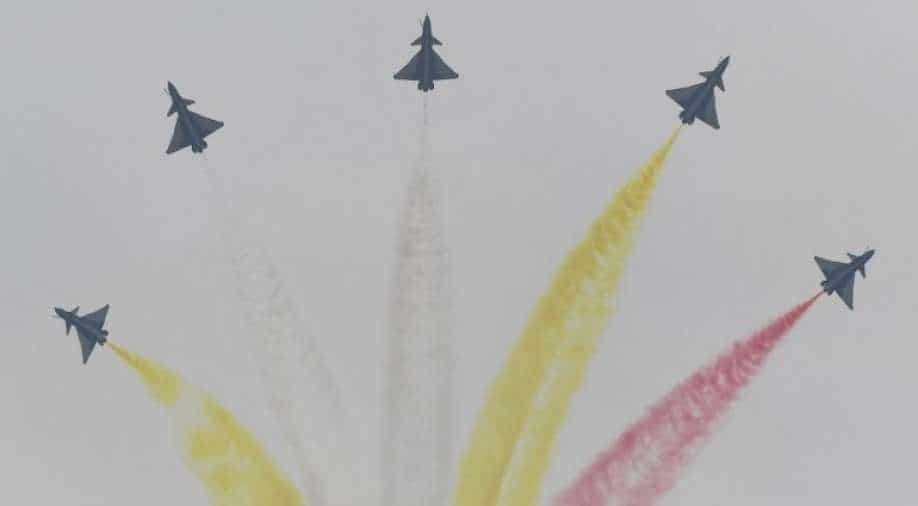 Chinese warplanes perform a maneuver during an airshow in Zhuhai. Photograph:( AFP )

The world seems to be witnessing many cold wars nowadays. These battles are being fought between the US and China, the US and Russia, the US and Iran, North and South Korea, China and Taiwan, Iran and some Gulf states, etc. The mistrust has started to build between the UK and the EU, which is the first step towards a cold war. So, will the adversaries make peace or bring an end to the world by engaging in a nuclear war?

Cold war is a very well-known phenomena. For years, the world witnessed its horrors in the tussle between the United States and the Union of Soviet Socialist Republics (USSR). It finally ended with the disintegration of the latter.

So, what is it actually?

Cold war in simple terms seems to be the tussle to be on the top. The struggle to be better than others builds mistrust then it finally leads to the cold war.

Has is it really ended?

The answer to this question is no. Just the players in the game have changed. The world nowadays seems to be witnessing numerous cold wars.

These wars are being fought between the US and China, the US and Russia, the US and Iran, North and South Korea, China and Taiwan, Iran and some Gulf states, etc.

Also Read: US to have 'frank conversations' with China on trade

The mistrust has started to build between the UK and the EU, which is the first step towards a cold war.

Not just this, several countries have been at war for numerous years like Israel-Palestine, India-Pakistan, India-China, Ukraine-Russia, etc.

Apart from these countries, several others are caught in the middle of the action. The countries and areas facing the brunt are Ukraine, Afghanistan, Syria, Yemen, Libya, Iraq, South China Sea, and slowly the large parts of Africa.

Many countries have also seen regime changes, coming up of dictators, etc in recent times. It somehow seems to be a way to gain more control in the world. This battle is going on unabatedly for years.

Several nations, such as India, Vietnam, Taiwan, Japan, the Phillipines, Ukraine, etc, are having a hard time due to the over aggressiveness of their adversaries.

Almost every other day, there is either an incursion or a line of control, airspace or border violation. Several missile tests, airshows, military exercises, unveiling of new weapons or defence systems, buying of advanced weapons, etc are being done with the sole purpose of either preparing for any future war or dissuading the adversary.

Many countries are spending large parts of their budgets in the defence, neglecting other crucial sectors important for the development and prosperity of any nation.

But overall, it has been just helpful in increasing mistrust, encouraging arms race, hiking debt ceiling, and most of all, erosion of peace in the world.

So, let’s hope the adversaries make peace and not bring an end to the world by actually engaging in a nuclear war in the future. The world can only keep a patient and close watch.