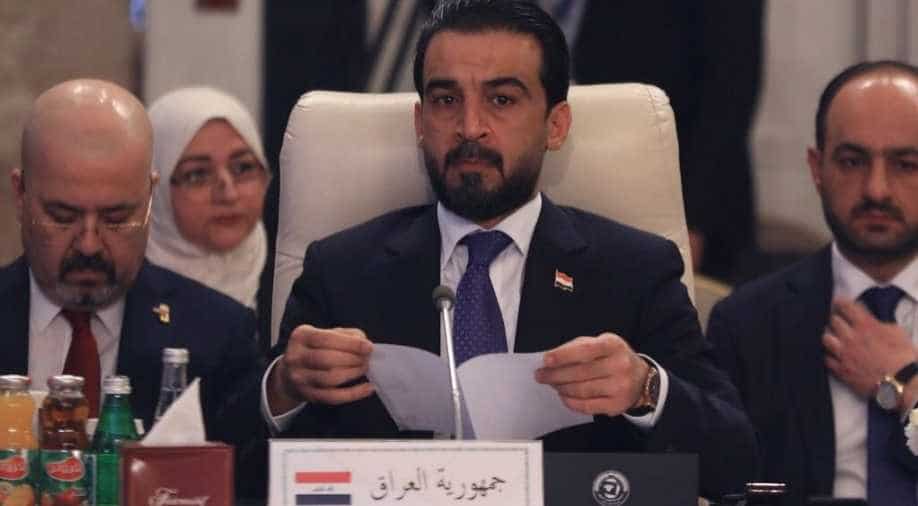 Parliament speaker Mohammed Halbusi did not schedule a new date for the session but noted a constitutional deadline for the vote would expire on Monday.

Iraq's divided parliament postponed a vote of confidence in prime minister-designate Mohammad Allawi's government for a third time Sunday for a lack of quorum, prolonging a political vacuum.

Parliament speaker Mohammed Halbusi did not schedule a new date for the session but noted a constitutional deadline for the vote would expire on Monday.

On Sunday, only 108 lawmakers out of a total of 329 attended the extraordinary session, which had already been delayed twice last week for lack of a quorum.

Iraq's parliament is the most divided in its recent history and Allawi is struggling to secure support from Sunni Arab and Kurdish minorities for his proposed cabinet.

Over the past week, he has adjusted the line-up to bolster support, while also holding talks with Sunni and Kurdish representatives.

Nominated on February 1 to replace Adel Abdel Mahdi who stepped down in December,  Allawi must get parliament to approve his cabinet in a confidence vote, otherwise President Barham Salih has said he will designate a new premier unilaterally.

According to political sources, the president intends to propose intelligence chief Mustafa al-Kazimi.

Anti-government demonstrators rallied in Baghdad and southern hotspots on Sunday to press for a  government of technocrats not beholden to political parties or foreign interests, said an AFP correspondent.

Demonstrators who have remained mobilised since October have rejected the choice of Allawi for premier, saying he is too close to the elite against which they have protesting.