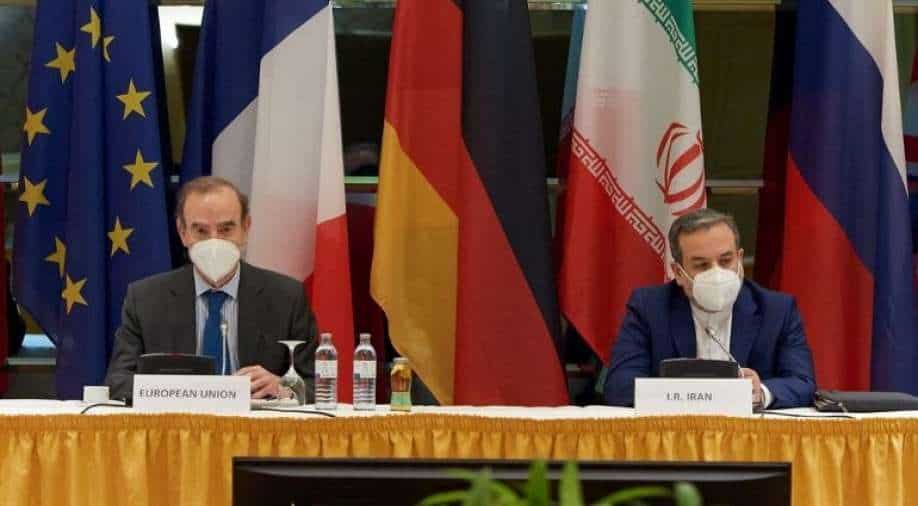 The talks began last month in Vienna with the remaining parties to the deal - Iran, Russia, China, France, Britain and Germany

Indirect talks between Iran and the United States on bringing both sides fully back into compliance with the 2015 nuclear deal are making steady progress and will resume on Friday, the head of Russia's delegation said on Saturday.

The talks began last month in Vienna with the remaining parties to the deal - Iran, Russia, China, France, Britain and Germany - meeting in the basement of a luxury hotel, and the United States, based in another hotel across the street. Iran has refused to hold direct meetings with US officials.

Washington pulled out of the deal in 2018 under President Donald Trump and reimposed sanctions against Tehran. Iran responded as of 2019 by breaching many of the deal's limits on its nuclear activities.

"We should not expect breakthroughs in the days to come," Russia's ambassador to the UN nuclear watchdog, Mikhail Ulyanov, told reporters after a meeting of the remaining parties that wrapped up the third round of talks. He was the only official to address reporters.

"We need simply to continue diplomatic, day-to-day work, and we have all the reasons to expect that the outcome, (the) final outcome, will be successful and it will come quite soon, in a few weeks," he said, adding that talks will reconvene on Friday.

The break in talks was widely expected as diplomats said officials from several countries are also involved in the Group of Seven foreign ministers' meeting in London that begins on Monday and ends on Wednesday.

Russia is generally one of the more optimistic voices at the talks. US National Security Adviser Jake Sullivan said on Friday the talks were in "an unclear place", meaning it was uncertain whether they would lead to an agreement.