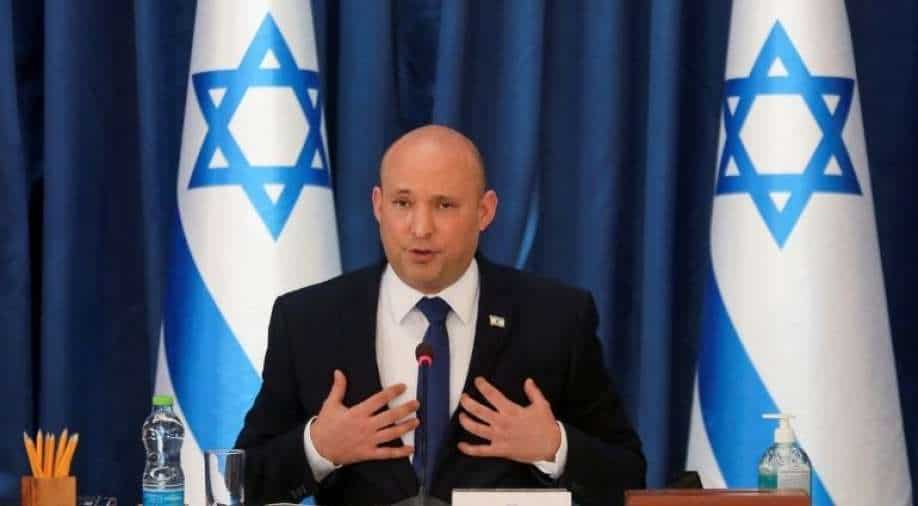 Accusing the Islamic republic of 'nuclear blackmail,' Bennett urged an 'immediate cessation' of resumed nuclear talks between Iran and major powers in Vienna

With Iran's nuclear talks back in the spotlight, Israeli Prime Minister Naftali Bennett has asked world powers to take a hard line in negotiations.

He said ''I call on every country negotiating with Iran in Vienna to take a strong line and make it clear to Iran that they cannot enrich uranium and negotiate at the same time.''

“Iran must begin to pay a price for its violations.”

Accusing the Islamic republic of "nuclear blackmail," Bennett urged an "immediate cessation" of resumed nuclear talks between Iran and major powers in Vienna.

He has been a consistent opponent of the 2015 agreement the powers have been seeking to revive.

"A bad deal, which I hope they do not reach, is intolerable from our perspective."

Earlier, The International Atomic Energy Agency (IAEA) had said that Iran had started the process of enriching uranium to up to 20 per cent purity with one cascade, or cluster, of 166 advanced IR-6 machines at its Fordow plant, dug into a mountain.

Under the 2015 deal, no uranium enrichment is supposed to be carried out at Fordow at all. Until now Iran had been producing enriched uranium there with IR-1 machines and had enriched with some IR-6s without keeping the product.

The United States withdrew from the pact in 2018, during the administration of then-President Donald Trump, and Iran responded by violating the agreement's limits.