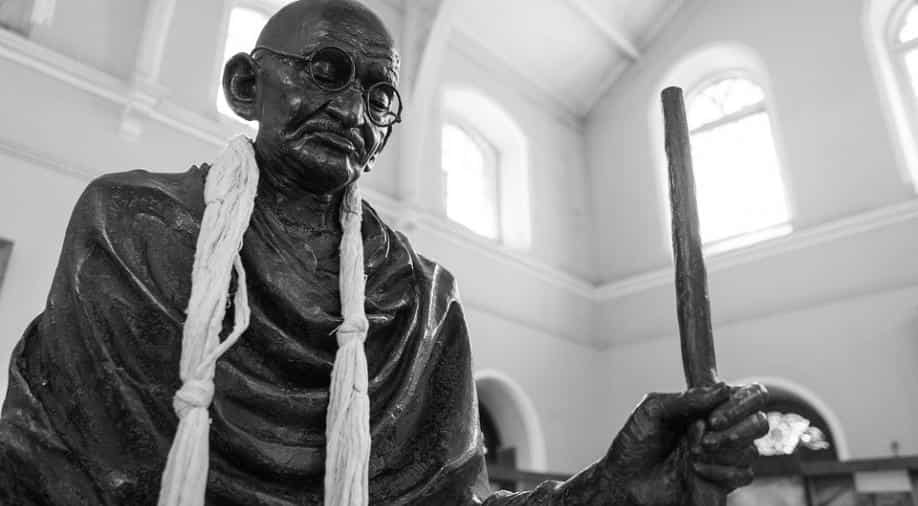 Anand Sharma, India’s then-Minister of State for External Affairs, introduced the resolution at the General Assembly on behalf of 140 co-sponsors

The International Day of Non-Violence is observed on October 2, which also happens to be the birthday of Mahatma Gandhi, leader of the Indian independence movement and the pioneer of the philosophy of non-violence.

The International Day of Non-Violence honours how Gandhi’s practice and legacy have had a global influence.

According to the General Assembly resolution of June 15, 2007, which established the commemoration, International Day is an occasion to "disseminate the message of non-violence, including through education and public awareness".

The resolution states that "the universal relevance of the principle of non-violence" and the desire "to secure a culture of peace, tolerance, understanding and non-violence".

Anand Sharma, India’s then-Minister of State for External Affairs, introduced the resolution at the General Assembly on behalf of 140 co-sponsors.

He said that the wide and diverse sponsorship of the resolution was a reflection of the universal respect for Mahatma Gandhi and of the enduring relevance of his philosophy.

Also read | Mahatma Gandhi as a journalist: What the Father of Nation said about newspapers

He said, "Non-violence is the greatest force at the disposal of mankind. It is mightier than the mightiest weapon of destruction devised by the ingenuity of man".

Non-violence rejects the use of physical violence to achieve social or political change. Described as "the politics of ordinary people", this form of social struggle has been adopted by mass populations all across the globe.

A leading scholar on non-violent resistance, Professor Gene Sharp, has defined non-violence as: "Nonviolent action is a technique by which people who reject passivity and submission, and who see struggle as essential, can wage their conflict without violence. Nonviolent action is not an attempt to avoid or ignore conflict. It is one response to the problem of how to act effectively in politics, especially how to wield powers effectively."