Mahatma Gandhi as a journalist: What the Father of Nation said about newspapers 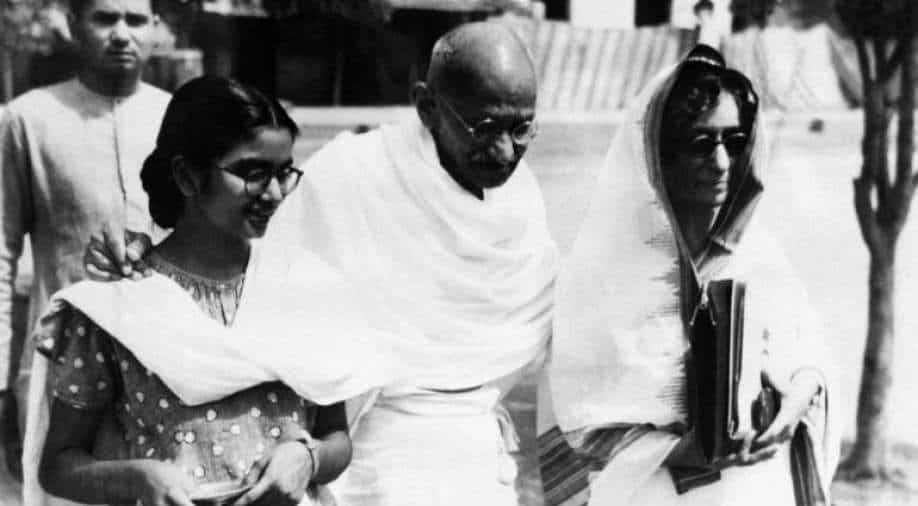 Even though his words and beliefs are nearly a century old, because of Mahatma Gandhi’s rare gift of foresight, they are still relevant to date

While Indians know Mahatma Gandhi as a towering freedom fighter, the world knows him as a social reformer and politician, the man who beat the British empire. For some -- he was a spiritual guide, for others -- a political mentor.

But there was another much less talked about part of his life; the life of Mahatma Gandhi, the journalist. That journey also began in South Africa, with him becoming the South African correspondent of The Voice of India, a newspaper started by Dadabhai Naoroji.

Also read | I want to make a film about Gandhian values because 'ahimsa' remains a timeless human virtue: Anand Pandit

During the second Boer war from 1899 to 1902, Mahatma Gandhi was a war correspondent. While in South Africa, he saw racial injustice, war and violence. Those experiences shaped his view on journalism.

Back then, in the absence of TVs or blogs, when newspapers were synonymous with Journalism, Gandhi said, “One of the objectives of a newspaper is to understand the popular feeling and give expression to it. Another to arouse among the people certain desirable sentiments and the third is to express fearlessly -- popular defects.”

You could put those words in any modern-day editorial and they wouldn't look out of place.

In 1903 Mahatma Gandhi started publishing his own newspaper, The Indian Opinion, his mission was simple; Not to make money, or fame, but to bring change.

In Pics | From Barack Obama to Albert Einstein: Mahatma Gandhi inspired famous personalities around the world

Many years later, in 1925 Gandhi explained his decision to become a journalist. He wrote, “I have taken up journalism, not for its sake, but merely as an aid to what I have conceived to be my mission in life. My mission is to teach by example and present under severe restraint the use of the matchless weapon of Satyagraha,”

As Mahatma Gandhi once said, "the sole aim of journalism should be service."

Also read | India Independence: So many female freedom fighters, but so little screen space. Why?

Even though his words and beliefs are nearly a century old, because of Mahatma Gandhi’s rare gift of foresight, they are still relevant to date.

He himself never published advertisements, or sensationalised news. He believed in honest and measured reporting, which is why he despised advertisements, he never saw newspapers as a source of income, he saw them as a means to educate people.

“It is now an established practice with newspapers to depend for revenues mainly on advertisements rather than on subscriptions. The result has been deplorable. The very newspaper which writes against the evil of drink publishes advertisements in praise of drinks. In the same issue, we read of the harmful effects of tobacco as also from where to buy it.”

Something Gandhi once wrote in Young India, remains till date the quintessential advice for a journalist.  “To be true to my faith, I may not write in anger or malice. I may not write idly. I may not write  merely to excite passion. The reader can have no idea of the restraint I have to exercise from week to week in the choice of topics and my vocabulary. It is training for me.”

It is hard to argue with the logic.

Also read | Mahatma Gandhi could not celebrate the first Independence Day in Delhi. Here's why

Even though he represented a rare kind of resolve, his opinions and beliefs were ironclad, he was never dismissive, and always gave diplomacy and talks -- a fair chance.

It didn't matter who he was dealing with, the imperial racist -- Winston Churchill, or the Nazi dictator -- Adolf Hitler. In fact, Gandhi wrote an open letter to Hitler, which was never published.

Criticising Hitler's policies, he rejected the Nazi thought, but kept the door open for reform, “your writings and pronouncements leave no room for doubt that many of your acts are monstrous and unbecoming of human dignity. Such as your humiliation of Czechoslovakia, the rape of Poland and the swallowing of Denmark."

His advice to Hitler was clear, "It is a marvel to me that you do not see that war is nobody's monopoly. If not the British, some other power will certainly improve your method and beat you with your weapon. I, therefore appeal to you in the name of humanity to stop the war."

Time proved him right, Hitler lost the war and his life.

Today when Expansionism is on the march again, there is talk of arms race and cold wars, and diplomacy is becoming the tool of last resort, world leaders would do well to remember the Mahatma's words.

On October 2nd, when we usually remember Gandhi,  the freedom fighter and Gandhi -- the social reformer. Tomorrow, let's celebrate Gandhi -- the Journalist and Statesman, his principles, his restraint and his patience could hold the key to our geopolitical troubles.