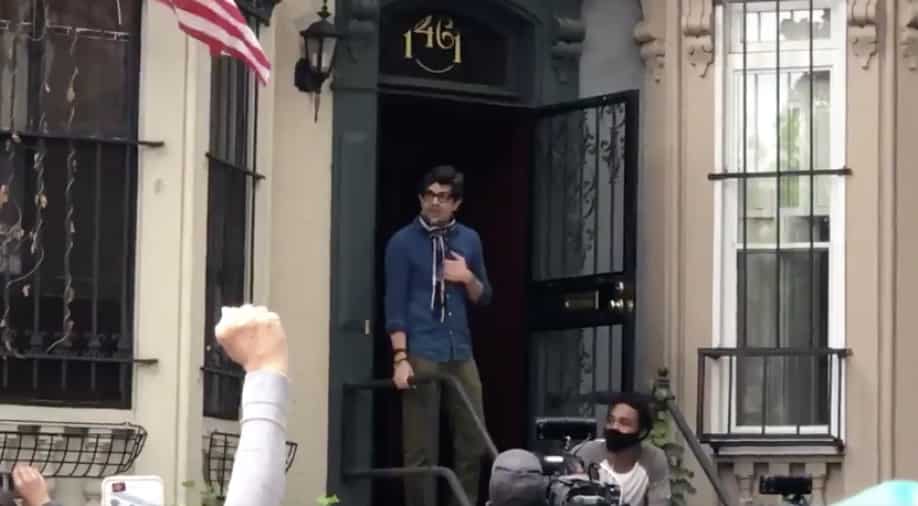 Rahul Dubey opened his home for the protestors to spend the night Photograph:( Twitter )

Dubey has been identified as a first-generation Indian immigrant who runs a healthcare service.

As the protests over the killing of African American George Floyd raged across the US, an Indian American, who offered shelter to at least 70 protestors at his home at Swann Street in Washington DC, has been hailed as a hero.

Rahul Dubey opened his home for the protestors to spend the night till the curfew lifted.

Dubey has been identified as a first-generation Indian immigrant who runs a healthcare service.

Rahul Dubey took dozens of protesters into his home and sheltered them overnight while police waited outside to arrest them. Repeatedly refused to let the cops in. This morning they were able to leave freely. Be like Rahul. Don't cooperate with police thugs. https://t.co/B9QLop5TXT

According to a report, Dubey opened his house to protesters and waved them into it when they were about to be arrested.

The police chased the protesters as far as the entrance, and while inside, pandemonium ensued as some of the screaming protesters hit by pepper spray sought relief for their eyes with milk and water. Dubey described the scene as 10 minutes of "pure terror".

"The crowd just came racing through like a tornado. ... We had to keep the door open and just kept grabbing people and pulling them in. It’s the same that you would if it's a storm, and you would have let anyone into your home, I know that," Dubey was quoted as saying to NBC Washington.

Tens of thousands of people took to the streets of US cities on Tuesday for an eighth consecutive night of protests over the death of a black man in police custody, clashing with police and looting stores in New York City.

South Asians, this is solidarity. We need to learn from Rahul Dubey. https://t.co/nn3q16McYk

Large marches and rallies also took place in Los Angeles, Philadelphia, Atlanta and Seattle. In Washington, D.C., protests were held near the park where demonstrators were cleared out by police on Monday to make a path for President Donald Trump so he could walk from the White House to a historic church for a photo.